Irom Sharmila gets married in Kodaikanal 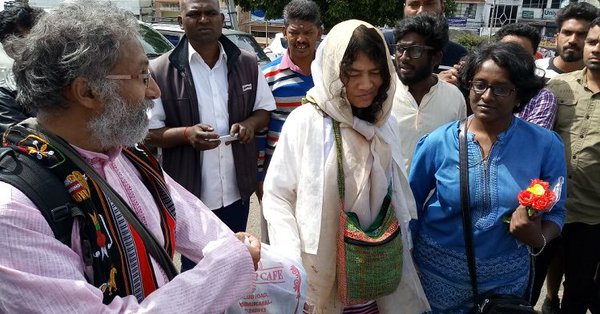 The low-key ceremony was held in the sub-registrar's office in the hill station in Dindugal district.

Sharmila, who hails from Manipur and fought against the Armed Forces (Special Powers) Act (AFSPA) by going on a hunger strike for 16 years, decided to settle in Kodaikanal after losing the assembly poll in her home state this year.

Some political outfits and people had objected to her marriage while some people had supported her during the two-month notice period for marriages conducted in the sub-registrar's office.