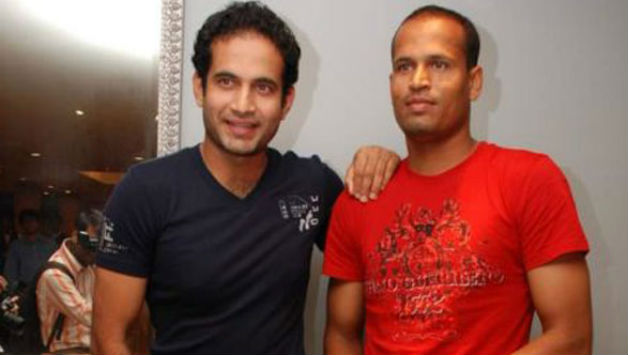 Indian Cricketers Irfan Pathan and Yusuf Pathan choose two youths form Jammu & Kashmir to give them free coaching in their cricket academy "CAP" (Cricket Academy of Pathan). Both youths will get coaching in CAP's Noida academy.

Pathan brothers started this initiative with the collaboration of Indian Army. 18 years old Danish Kadir and 20 years old Shahrukh Hussain were selected from the trial conducted by the Indian Army in Kupwara district. The two will learn the tricks of the game in the Academy of Pathan brothers.

Irfam Pathan on Monday said that both are selected from army trail among the 100 participating. For the future of players Irfan said that "The players just come to the Academy and will go through the primary program of the CAP and then go to the CAP's next program. Irfan also praised the steps taken by the Army and said that he always supports the game".