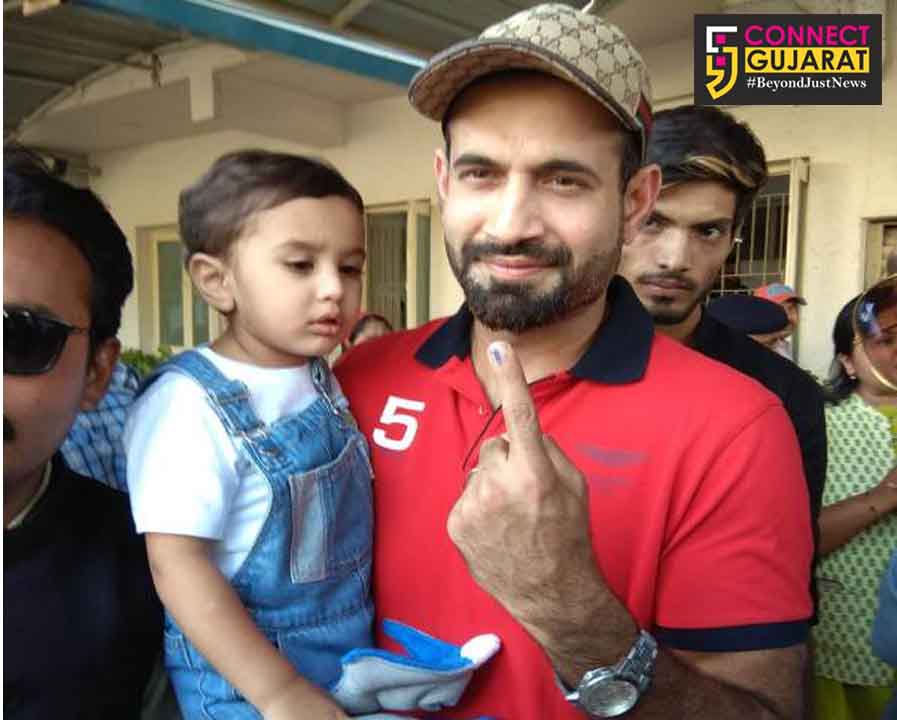 Appeals everyone to come and vote

Vadodara cricketer Irfan Pathan reached Vadodara to cast his vote along with his mother and sister at Kabir International school. He specially came to the city from his IPL duties to cast his vote.

Irfan Pathan arrives with his son to cast his vote along with his family. He said being a responsible citizen he specially came here to cast his vote and appealed everyone to vote without fail. He said if he came all the way for voting then everyone present here must cast their votes for better democracy.

On Gautam Gambhir in a new role of politician he congratulated and wish him luck in his political career. On asking about himself joining politics he hinted but not directly