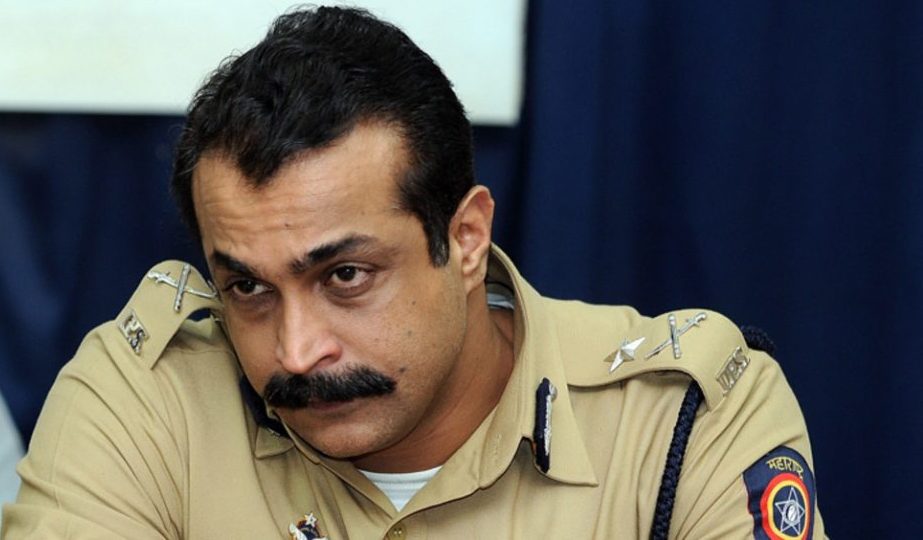 Often referred to as ‘Arnold Schwarznegger’ of Mumbai Police, the 54-year old Roy shot himself in the mouth with his service revolver at his house in Suniti Apartments at Nariman Point shortly after 1 p.m., a police statement said.

He was rushed to the Bombay Hospital by family members and aides where he was declared dead.

A suicide note found in the house quoted Roy as saying that he was taking his life because he was disgusted with cancer, which he had been battling for some time.

A ‘Mumbai boy’, Roy studied in the prestigious St. Xaviers College and became a Chartered Accountant.He cleared the UPSC exams to become an Indian Police Service (IPS) officer of the 1988 batch.

During his preparations for the UPSC exams in Mumbai, he met his future wife Bhawna, who subsequently became an IAS officer but quit the civil services to devote herself to social work through NGOs in Maharashtra.

He was popular among his juniors and would regularly guide them on the finer aspects of crime investigation, linking evidence with criminals and presenting a winning case in courts.

Roy started his police career as Superintendent of Police (Rural) in Nashik and Ahmednagar. Later, he headed the Economic Offences Wing in Mumbai, was Deputy Commissioner of Police (Traffic) and also headed the Cyber Crime Cell.

These included the murder of journalist J. Dey. Besides, he directed the probe into the IPL match fixing and betting scams of 2013 in which several top cricketers and Bollywood actor Vindu Dara Singh were among the accused.

He was instrumental in solving the brutal murder of lawyer Pallavi Puryakayastha — daughter of an IAS couple at the Centre — at her Mumbai home in August 2012.

In 2012, he was among the officers handpicked by then Home Minister R.R. Patil to oversee the shifting from Mumbai to Pune of Pakistani terrorist Ajmal Kasab, found guilty in the Mumbai terror attack.

Again that year, he cracked the sensational killing of missing Bollywood starlet Laila Khan, who was murdered with five family members at an isolated countryhouse (farmhouse) in Nashik.

Roy oversaw the investigation into the August 2013 gang-rape of a woman photo-journalist inside the desolate Shakti Mills Compound in central Mumbai which culminated in death sentence for three of the accused.