IPS Charu's tears came out on reprimanded by BJP legislator 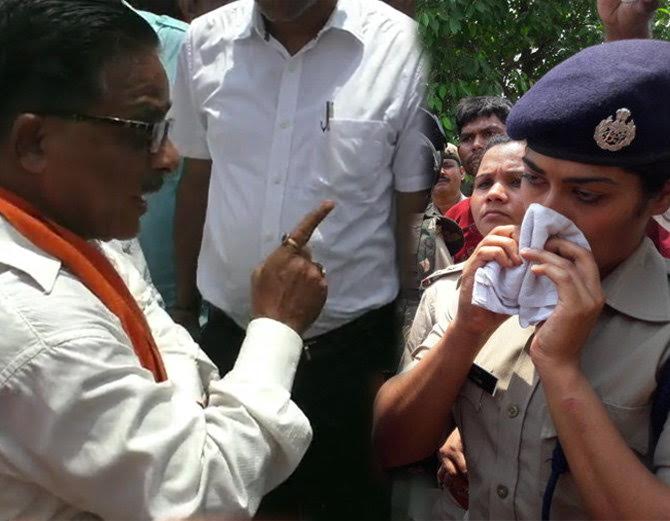 After the rebuke of a BJP legislator in Gorakhpur, UP. Tears came out in Lady IPS Charu Nigam's eyes. MLA Radha Mohan Das Agarwal alleges that the IPS lathi-charged on women performing in protest against raw liquor. A pregnant lady and children are injured.

The case is from Kolehwa village in Chiluatal police station area of Gorakhpur. When the villagers blocked the road to protesting against raw liquor. The collision between CO Gorakhnath Charu Nigam and the villagers who reached the open. The allegation is that the villagers throw poles and stones to the police. In which Charu Nigam suffered injuries Police took action while detaining half a dozen protesters.

BJP legislator Radha Mohan, who came in protest against the police action, also blocked the road. They alleged that Charu Nigam deliberately lathi charged on the villagers.