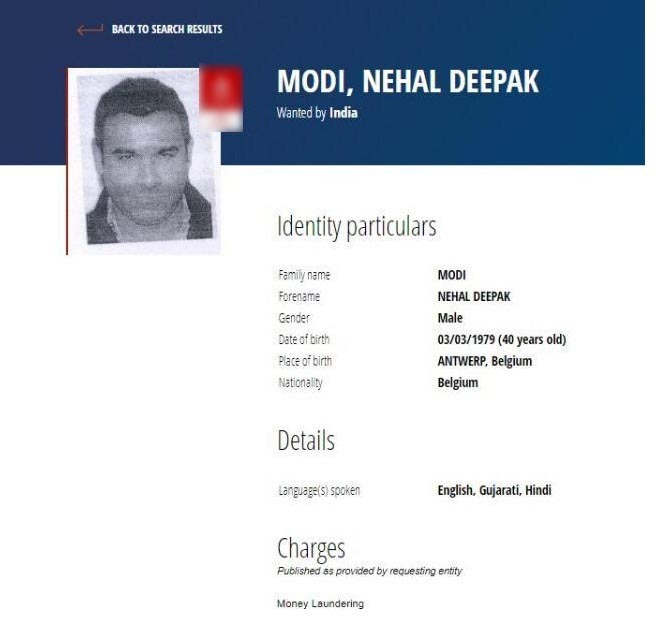 Red Notices are issued when wanted either for prosecution or to serve a sentence and is request to law enforcement worldwide to locate and provisionally arrest the accused person.

A Belgian national, 40-year Nehal escaped out of New York City. Investigations reveal that he was director of now defunct Firestar Diamonds USA. He was also involved with the Ithaca Trust, an organization set up to fund and buy real estate for Nirav Modi with money received from Letter of Undertaking (LoUs) which were diverted to shell companies.

Firestar Diamonds had filed for bankruptcy in the US, a month after Nirav Modi left India.

Nirav Modi and his uncle Mehul Choksi, the promoter of Gitanjali Group, are wanted for the Rs 13,500-crore PNB fraud scam and had left India in January 2018.

According to the Interpol Identity Particulars, 40-year Nehal Modi was born in Belgium's Antwerp and speaks three languages – English, Gujarati and Hindi.