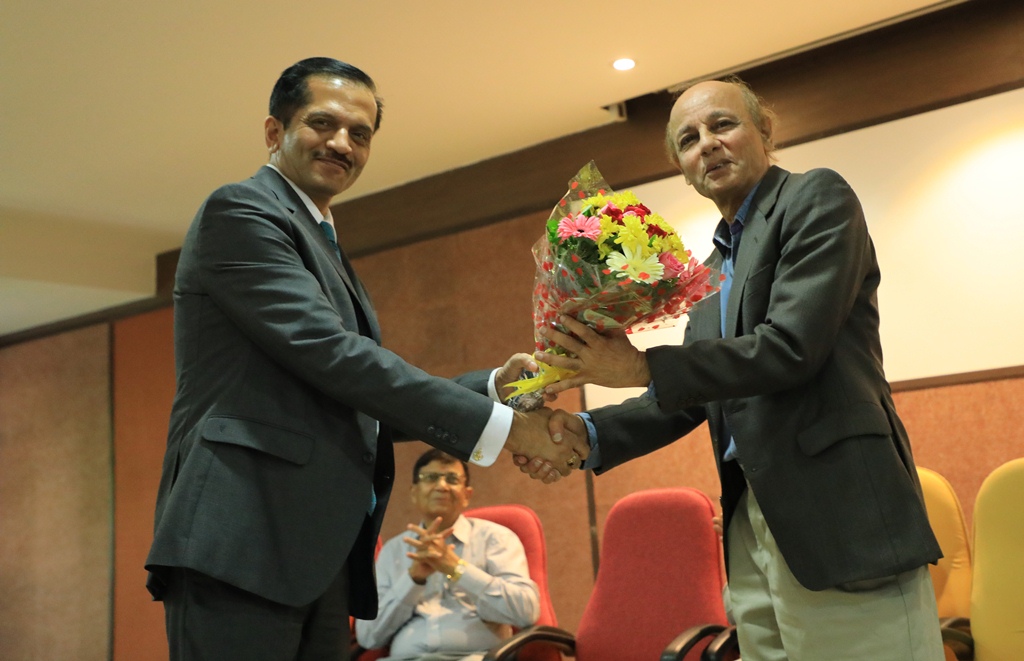 Dr. Joshi had been a Professor in the department of Astronomy and Astrophysics at the Tata Institute of Fundamental Research, Mumbai. More popularly, he is regarded as a scholar, physicist, and an expert on cosmology.

His research interests are general relativity and cosmology. Further, Dr. Joshi has made fundamental contributions in black hole physics and gravitation theory. His extensive analysis of general relativistic gravitational collapse has been widely recognized as providing significant insights into the final fate of massive collapsing stars in the universe, formation of space-time singularities, and cosmic censorship. His research, which mainly revolves round Cosmology and Gravitation, has been reported in exemplary well written (more than) 200 research papers in International Journals of repute, as well as in monographs from OUP (Oxford) and CUP (Cambridge) and books on the subject.

Thus, Dr. Joshi created and developed a new possibility and an entirely new paradigm in Cosmology and Black hole physics. He proclaimed that massive stars in the Universe, when they collapse under their own gravity at the end of their lives, could become exploding Fireballs, also called 'Quantum Stars’ or 'Naked Singularities’, rather than only black holes.

This is how his research also put him in the league of world renowned stalwarts in the field, such as Stephan Hawking, Kip Thorne, Roger Penrose, S Chandrasekhar, and many others. Looking to his significant contribution, in 1983, Dr. Joshi was also invited by Stephen Hawking to work with him at Cambridge University, UK.

He has also been awarded with many coveted awards and prizes. Some of them are by the Gravity Research Foundation, USA, for research work on the Final Fate of Gravitational Collapse (1991). Other winners of the same include M. Turner (NASA/Fermi Lab), S. Coleman (Harvard), L. Krauss (Yale), J. Preskill (Caltech), and F. Wilczek (Princeton). Also he has been awarded with Honorable Mention (1980, 85, 86, 87, 88, 92) by the Gravity Research Foundation, USA, for researches in gravitation physics.

Dr. Joshi has also led and served several National Committees. He had been a Member, National Advisory Committee to the University Grants Commission, India, for Gravitation and cosmology (1992-1994); Member, Advisory Committee on Gravitation and Cosmology, IUCAA (1994), and many others. He also served as a Member on Scientific or Organizing Committees for very many conferences, including the 'Physics of Black holes' (Bangalore, 1997), the International GR15 (1997), International Conference on Gravitation and Cosmology (ICGC), IAGRG, and others.

However, very noble at heart, Dr. Joshi has regularly contributed, over more than past two decades, to enhance public understanding of science, through writing numerous popular articles, giving very many popular and public lectures in colleges and other public fora, and through Press and TV discussions. He has written more than 15 popular books on science and cosmology, many of these went into three and four editions, the latest of these being 'Tara Srushti' (The World of Stars, 4th edition). These books have gone and reached also remote places and villages. A series of six popular science books by him, named 'Kutoohul’, went into three editions, published by the Oxford University Press, India, and other publishers. In aggregate, these books have gone into more than 200,000 copies so far, and have gone and reached remote places and villages as well, with the help of various NGOs. 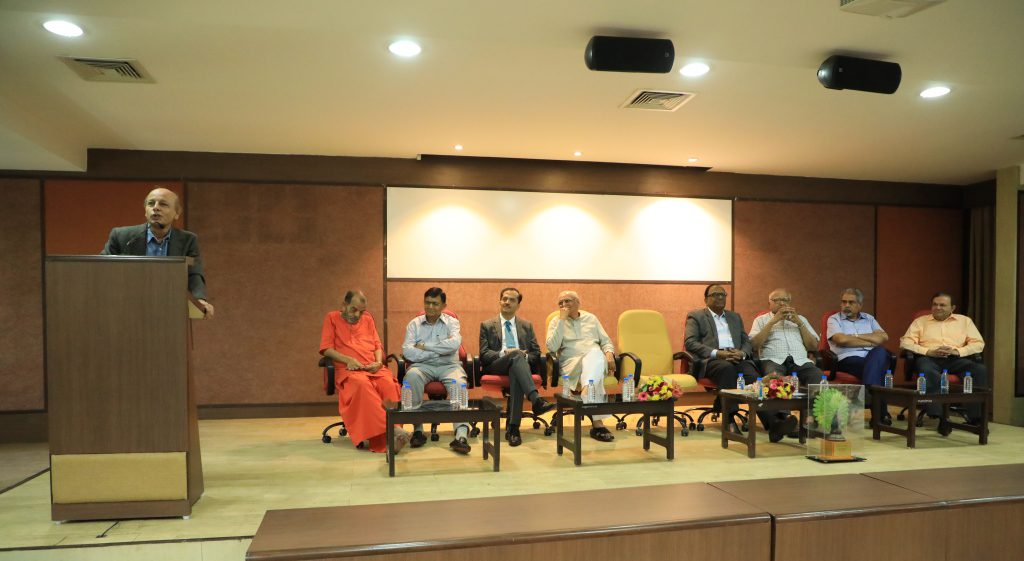 Many of his talks have been attended by large audiences of several hundreds to thousand students, parents, and young and old interested citizens. He has given much effort to bring to the attention of the youth and in particular students, the rewards that a career in science can bring, and has undertaken intensive discussions to this effect in many ways.

Giving his reflections upon joining CHARUSAT, Dr. Pankaj Joshi expressed his gratitude towards the Management of CHARUSAT stating that he will dedicate his efforts to build truly distinctive CHARUSAT University. Sharing his nostalgic feelings towards Gujarat, Dr. Joshi emphasized, “I have accepted the invitation of CHARUSAT to be the Provost because I have always had an inner urge to serve my motherland – Gujarat and to put it on Global Map through cutting-edge Research in Cosmology and other areas as well.”