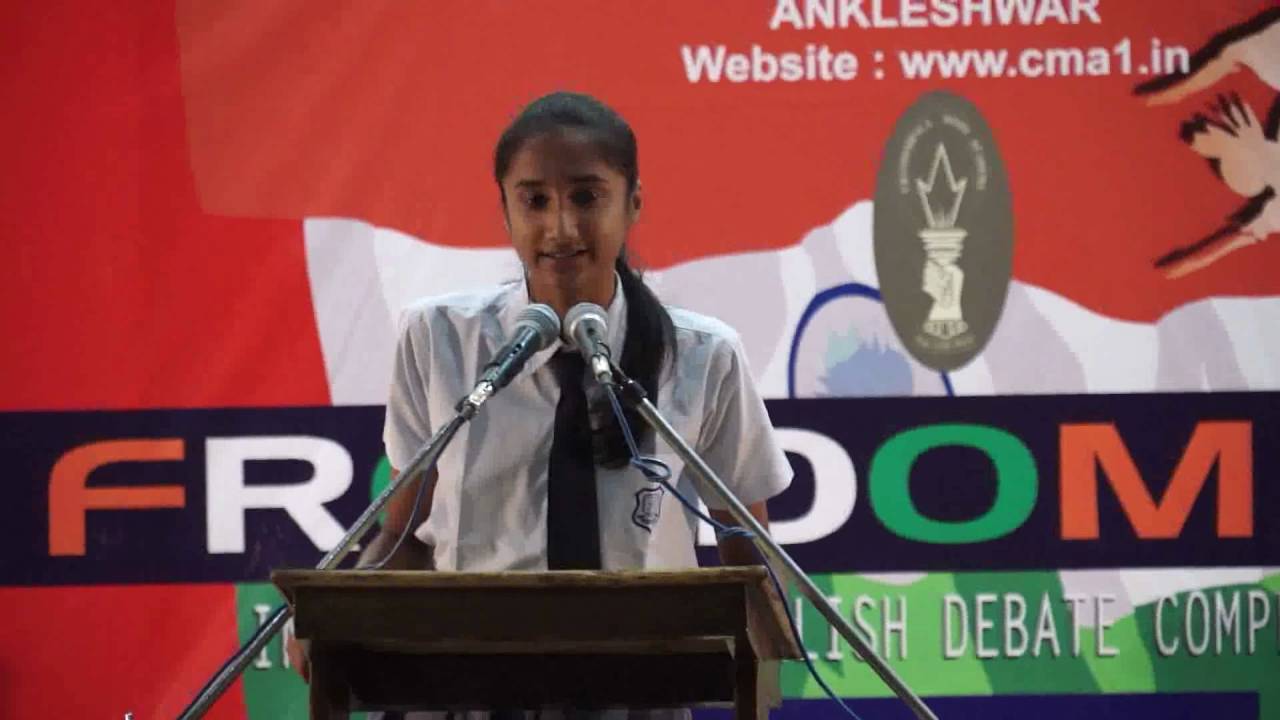 In this competition total 18 schools took part from Vapi, Valsad, Bharuch, Ankleshwar and Baroda. The topic of the Freedom Cup - 2016 debate was ‘Human history becomes more and more a race between education and catastrophe’. The event was a grand success with a total number of 40 participants from all over Gujarat.

In addition to the above, Karishma Rajput of Vallabh Ashram Valsad and Anmol Deep Kaur Randhava of SanskarVidya Bhavan, Bharuch were awarded with consolation prizes.

Mr. Pratik Pancholi, Branch Manager of the DCB Bank, Ankleshwar gave away prizes to the winners on behalf of DCB Bank