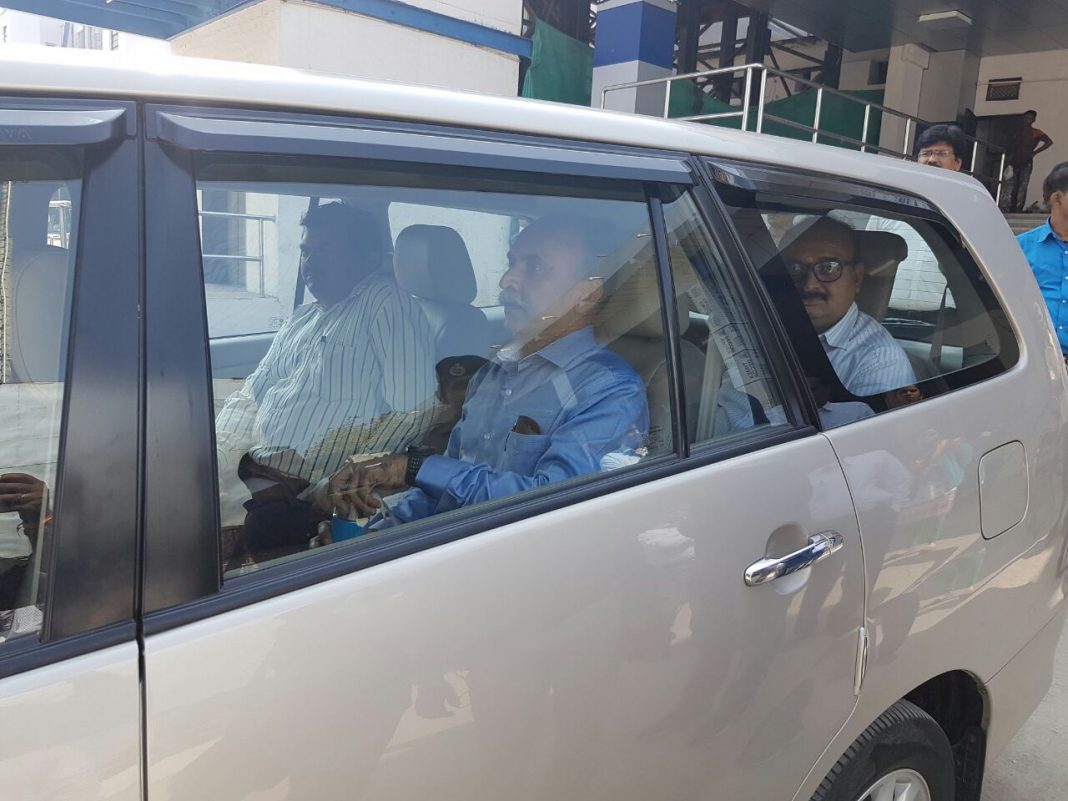 After the unfortunate incident at Vadodara railway station where a local politician lost his life, the GRP and railway both trying to pass on the blame to each other.

Railway officials said that they received the permission from Mumbai and forwarded to the police. However the GRP said that till yesterday they didn’t received any written communication about the movement. However GRP registered Accidental Death and further investigating.

On Monday night it was totally chaotic on Vadodara railway station where Shahrukh khan arrived in a train as part of the promotion of his film. However the crowd got berserk and there was a stampede like situation where one died due to heart attack after suffocation and several injured including two policemen on duty. After the incident the question about the permission and security measures arise and both railway officials and GRP trying to save themselves.

Railway DRM said that they received the information and pass on it to the RPF control, GRP and local police. They also changed the platform of the train due to security measures and there is nothing to blame them.

“The information was passed on to the RPF control when the train left Mumbai and same was passed on to the GRP and city police and they done the bandobast accordingly. The railways was not to blame as we change the platform of the train, stopped to issue platform tickets but the public buy short distance tickets and enter and we cannot stop them. The public also need to know their safety and police even stopped them but the unfortunate incident happened. Now the matter is investigating by GRP and commandant so they are waiting for the report,” said A.K. Singh DRM Vadodara.

However the GRP said that till yesterday they didn’t received anything in written but they registered the case and further investigating. “We are investigating in the areas like the organisers took the permission from the railways and what are the points. We didn’t received anything in written till yesterday about the star movement and all the things we knew from the media as Shahrukh khan is coming from the train. We give Bandobast at every station including Vadodara and even train was diverted to the another platform in view of security. The matter was went out of hand when people started running along with the train and the police on duty formed human chain to stop them and our two policemen also get unconscious in that,” said Sharad Singhal SP GRP Vadodara.

Sharad said that they are investigating every area and no one is spared. “First we are accessing the details about the permission was taken from the railway and if yes then it’s for the train or platform. Secondly we have registered the AD in the death during the star visit and also accessing the CCTV footages. Bandobast was enough to control the public and if the assessment to the PI on duty was done or not. We are investigating as it’s a case of negligence as if permission was there then also why not they discussed the thing with us,” said Singhal.

Further Singhal added that they can’t stop the public to enter and yesterday the general passengers also suffered during their journey. “We can’t expect such big public here at Vadodara. But it was total negligence in the part of the organisers or whoever as they took lightly the safety of the passengers and people. When there was such issue then there should be no such promotions specially in public places like railway station,” said Singhal.

However the railway tickets sold was more than the average as total 3865 platform tickets were sold yesterday against 2200 average daily.