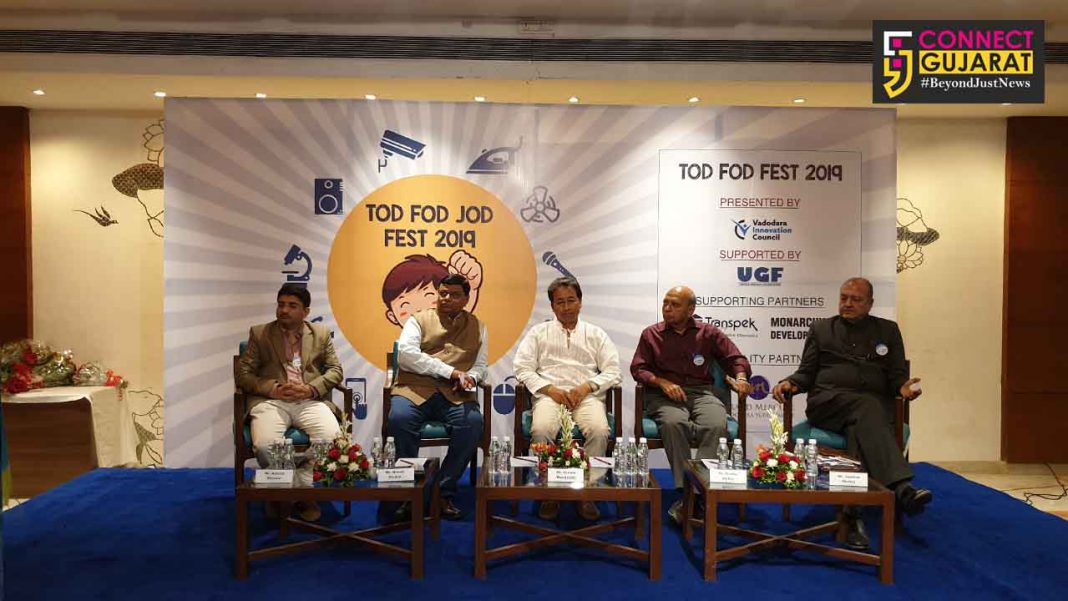 Sonam Wangchuk from Ladakh, the innovator and education reformist whose life story inspired the film 3 Idiots, was in Vadodara on Saturday afternoon for an event jointly organised organized by Vadodara Innovation Council and Unified Growth Foundation. Talking at the event, Wangchuk said that India needed major changes in its education system to ensure that things get better.

Innovator and education reformist Sonam Wangchuk in Vadodara
1 of 5

Sonam Wangchuk the engineer and inventor from Ladakh said experimental learning in school is demand for today and we need bright head and skilled hands in every child. He said we want India as nation of doers not just thinkers. He was in Vadodara for a special event of Tod Fod Jod jointly organised by Vadodara Innovation Council and Unified Growth Foundation.

He said, “We have made a very poor copy of the West in our education system, and only focused on reading, writing and arithmetic. We need to focus on the three Hs-bright head, skilled hands and kind heart (to make people happier) for better learning. We need major policy changes in education, and it should start at the grassroot level, when children start going to school. If we teach kids only reading and writing, we can never become a great nation. Practical and hands on learning must be a part of our board exams. Our pre-school system is our weakest link.”

He added, “In many IITs, professors have complained to me that students are just not interested in engineering and I tell them that it is the system that is to be blamed. Students hack the system and those who aren’t passionate about engineering get into IITs just to get the stamp of IIT.”

He also refused to blame politicians for not making enough reforms in education and said, “In a democracy, leaders don’t lead, they follow the people. So, for policy changes to happen, people need to change their mindset first and when that happens, leaders will automatically follow what people want.”

Giving an example, he said, “When we started working in Ladakh, our volunteers walked for several days to go to each village and talk about the importance of education. After that, whenever any politician visited them, they wanted reforms in education and the politicians had to fulfil those demands.”

Sonam Wangchuk is the founding-director of the Students’ Educational and Cultural Movement of Ladakh (SECMOL) founded in 1988 by a group of students victims of education system in Ladakh. He design the SECMOL campus that runs on solar energy and uses no fossil fuels for cooking, lighting or heating.

Felicitated with many awards including Ramon Magsaysay Award in 2018

Wangchuk was instrumental in the launch of Operation New Hope in 1994, a collaboration of government, village communities and the civil society to bring reforms in the government school system.