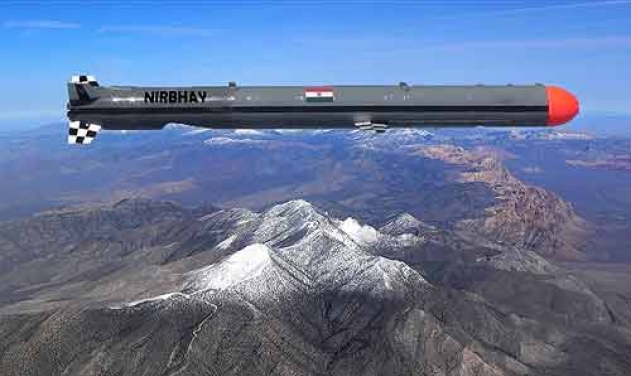 The glitches in indigenous subsonic cruise missile ‘Nirbhay’ have been identified and the missile is likely to be test-fired again in May or June after incorporating changes suggested by a committee that probed the earlier test-failures, the DRDO said on Wednesday.

The missile, with a range of 750-1,000 km, has been successfully test-fired only once in the past, out of the total four tests.

“Only one of the four test-firings of the missile were successful. It does not mean the missile got ditched on its own, but it changed its course,” Defence Research and Development Organisation’s chief S. Christopher said at a press conference at the ongoing ‘Aero India 2017’ here.

“One of the tests was successful, while three were unsuccessful… we had to abort the mission as it went beyond the safe zone,” Christopher said.

He said the suggestions of a committee that investigated the defect in the missile system have since been incorporated.

“In May or June, we will have another test flight,” he said.

Nirbhay was test-fired the last time in December 2016, but the attempt was aborted midway as the missile changed course. Due to fear that the missile could hit land, it was destroyed within minutes of take-off.

The first test-flight, conducted on March 12, 2013, failed as the missile fell after only 20 minutes of flight.

The second test on October 17, 2014, was successful as the missile met all desired parameters.

During the third test on October 16, 2015, the missile nose-dived into the Bay of Bengal after covering only 128 km.

The cruise missile is expected to supplement the India-Russian joint venture, the supersonic cruise missile BrahMos, that can carry warheads up to 290 km.

The two-stage indigenous missile is six metres long, with a diameter of 0.52 metres, wing span of 2.7 metres and launch weight of about 1,500 kg.