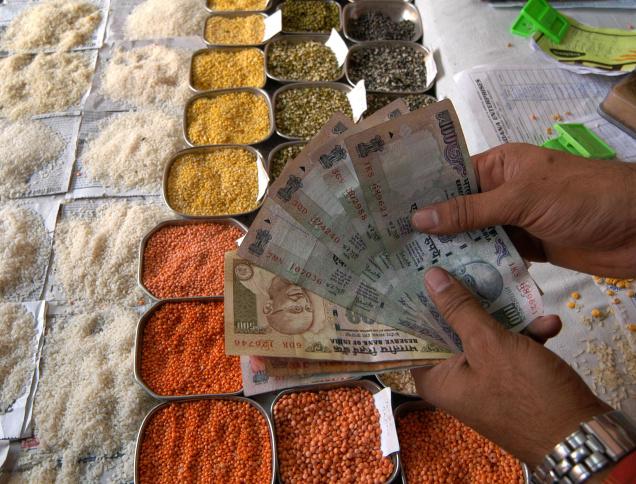 India's annual rate of inflation based on wholesale prices eased on a month-on-month basis to 3.57 per cent in September from 3.74 per cent in August, official data showed on Friday.

The annual wholesale inflation during the corresponding period last year stood at (-)4.59 per cent.

After rising for the first time in April following 17 straight months of contraction, the WPI (Wholesale Price Index) has cumulatively risen by 4.28 per cent in the current fiscal up to September.

However, food articles inflation last month increased by 5.75 per cent on year-on-year (YoY) basis. On a sequential basis, it was lower than August's 8.23 per cent rise.