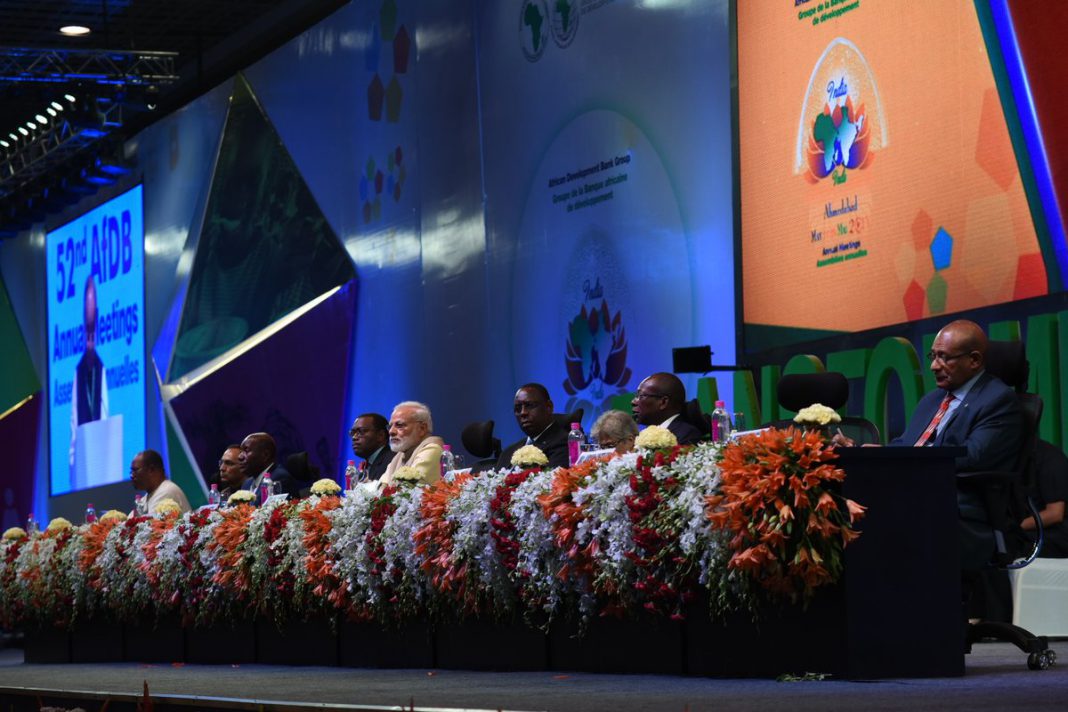 On the two days tour of Gujarat, Prime Minister Narendra Modi inaugurated the 52nd Annual Meeting of the African Development Bank on Tuesday.

Meeting was held at Mahatma Mandir Center, Gandhinagar, Modi said that after BJP came to power at the Center, India’s trade increased from the African countries.

“After assuming office in 2014, I have made Africa a top priority for India’s foreign and economic policy, I am proud to say that there is no country in Africa that has not been visited by an Indian Minister in the last three years.” he said. Adding to that he said that our relations with the African countries have been strong, after 2014, Africa has been given top priority. In the last 15 years, trade between Africa and India has increased manifold.

India’s partnership with Africa is based on a model of cooperation which is responsive to the needs of African countries he said.

Africa-India trade multiplied in last 15 years. It doubled in the last 5 years to reach nearly seventy-two billion US dollars in 2014-15.

From 1996 to 2016, Africa accounted for nearly one-fifth of Indian overseas direct investments.

We are encouraged by the response of African countries to the International Solar Alliance initiative. Many of the challenges we face are the same: uplifting our farmers and the poor, empowering women.

By paying subsidies directly to the poor rather than indirectly through price concessions, we have achieved large fiscal savings.

Our aim is that India must be an engine of growth as well as an example in climate friendly development in the years to come, PM said.