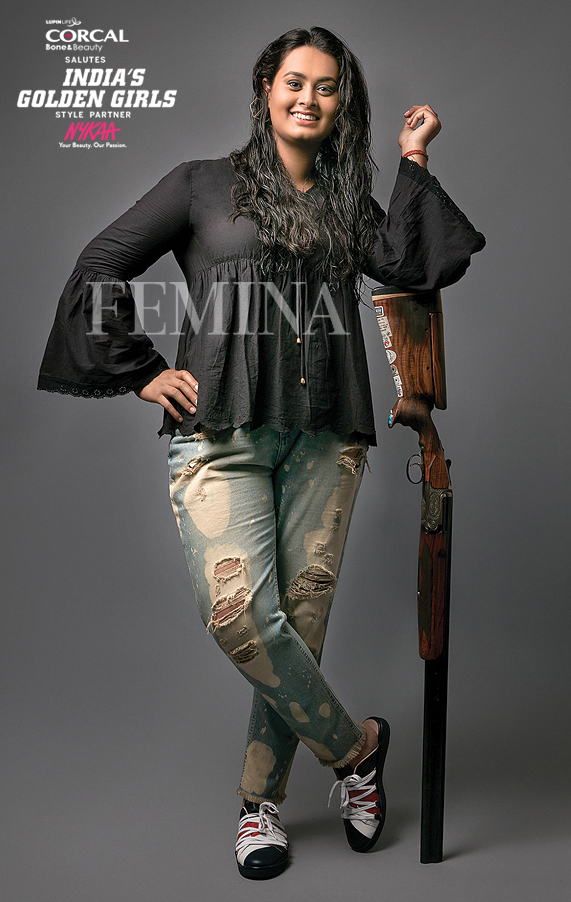 This year’s Commonwealth Games witnessed India shine high with glory as women across different sports won gold medals.  One of them was sharp shooter Shreyasi Singh, who won a gold medal at the women’s double trap event in shooting and made India proud. Femina, India’s leading women’s brand is celebrating these real heroes in its special issue ‘India’s Golden Girls’ by featuring them on the cover and sharing interesting excerpts about their life, struggle and success.

While speaking to the magazine, Shreyasi Singh revealed how it was not an easy road for her to come this far. While describing her success journey, she says, “In 2010, my father was in London for the Commonwealth Games; he passed away there. It was my father’s dream that I represent my country at the CWG and win a medal. That year, I ranked fifth and I couldn’t finish on the podium. In 2014, however, I achieved a silver medal.  In 2018, I worked harder and I was finally able to get a gold medal. It took me eight years to fulfil his dream; so, this is definitely a milestone medal for me.”

This only proves how despite all odds Shreyasi kept fighting her way to fulfill her father’s dreams and never gave up. She is a true example that defines that with sheer will power and hardwork one can never fail to achieve what they set their eyes on.