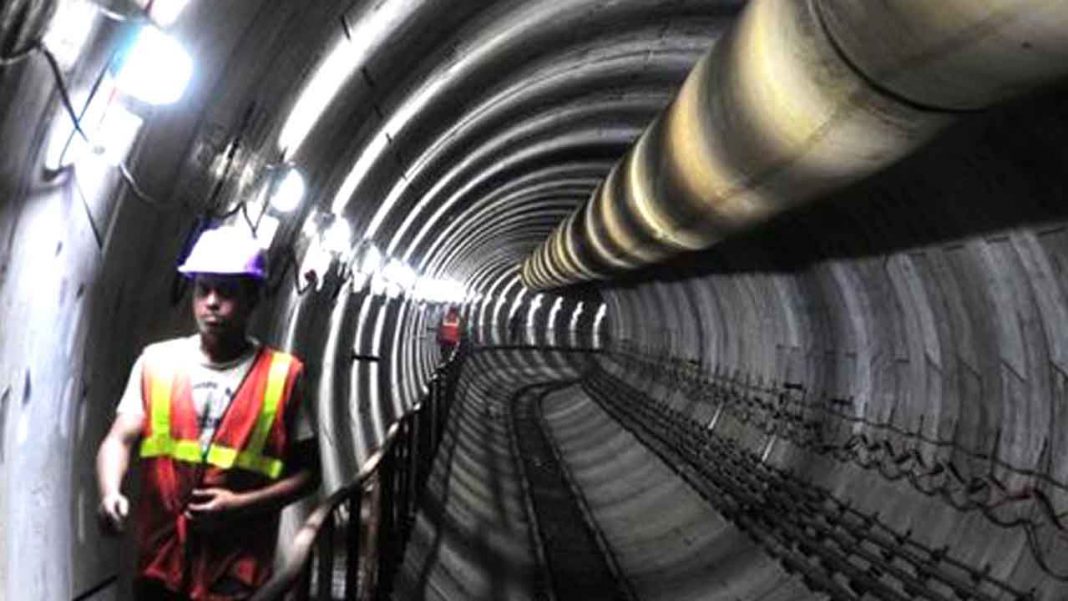 The 520-metre twin tunnel, one east-bound and the other west-bound, is built 30 metres below the riverbed.

Kolkata metro commuters will soon be able to travel through India’s first underwater metro tunnel. The work on India’s first metro rail line under the river is almost complete and the service is expected to start soon. The East-West Metro corridor will pass through under Hooghly river and it will become the first such river crossing in the country.

The East-West metro corridor project of Kolkata metro was conceptualised in 1971. The sanction of the East-West corridor connecting Howrah Railway Station and Bidhannagar through an order dated in July 2008. This line will connect Howrah and Sealdah Railway Stations which are two of the busiest railway stations in the world.

The 16.6-km Kolkata East West Metro will ferry an estimated one million passengers per day by 2035, a senior Railway official said on Wednesday. The project, to be completed by 2021, will also have the country’s first underwater tunnel.

The 520-metre twin tunnel, one east-bound and the other west-bound, is built 30 metres below the riverbed. Commuters between Howrah and Mahakaran metro stations will be under the river for only about a minute when the train passes through the tunnel at a speed of 80 km per hour.

The official also said that the 5-km stretch between Salt Lake and Howrah was inspected on Tuesday and will be operationalised soon.

As per Kolkata metro website, the tunnel will enable the metro to travel more than a 10 storied building below the water surface for almost half a kilometre across the Hooghly river. The reinforced concrete segmental tunnel linings have a thickness of more than a quarter of a metre and are caulked with a gasket of neoprene and hydrophilic rubber to seal the tunnel from ingress of water. This marvel of modern technology is India’s first rare venture.

This project has been in progress since 2009. It is expected that this line will be fully functional in 2021. On this line, Howrah and Sealdah stations of Indian Railways will be present. Railways is expecting about 10 lakh people to use this line of Kolkata Metro by the end of 2035.