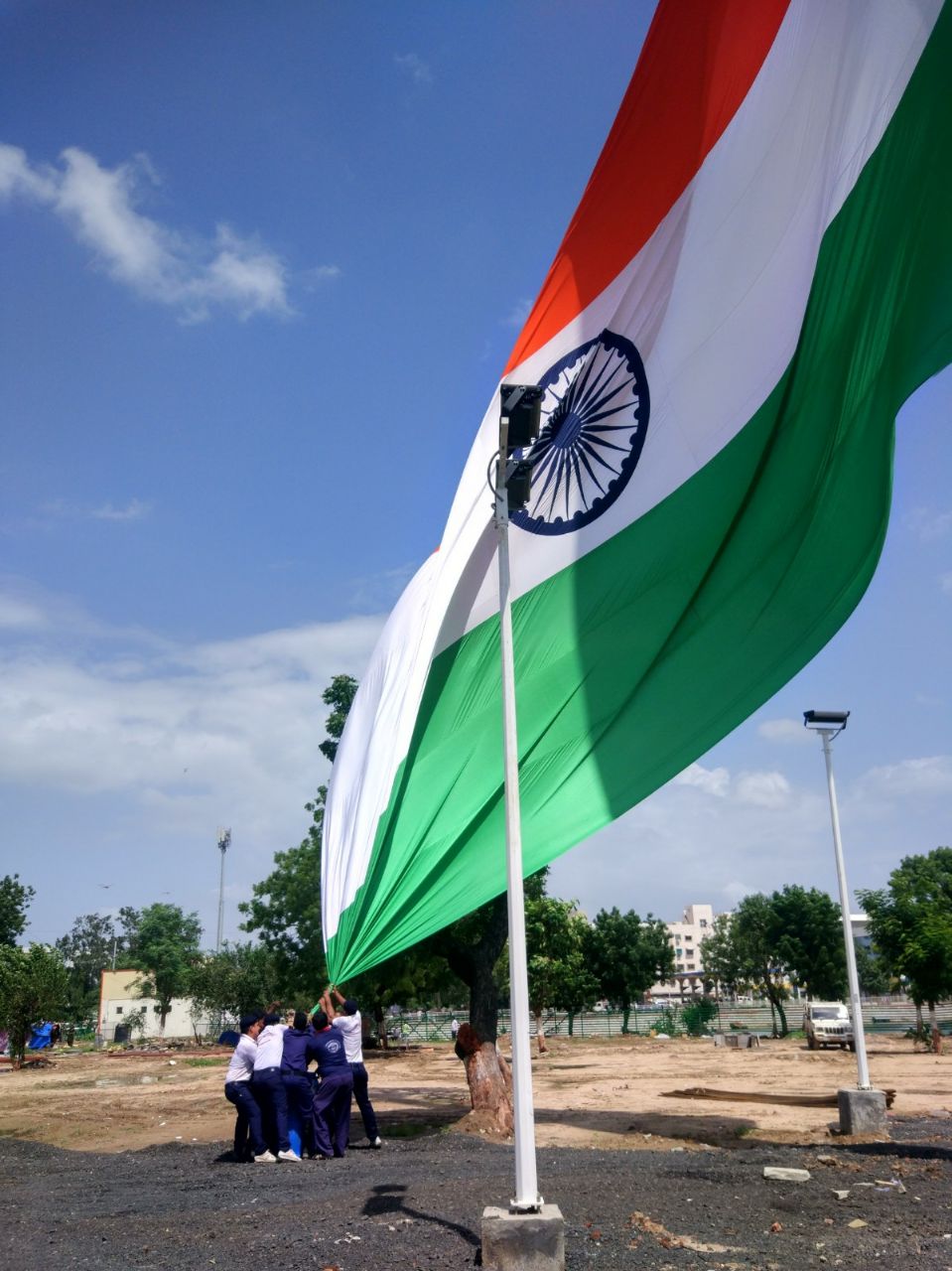 The Indian Tricolor hosting on the highest flag post in Gujarat get torn from the top second time since it was inaugurated by the Gujarat Chief Minister Vijay Rupani. The flag post was inaugurated on 14th August by the CM during his visit to Vadodara city on the occasion of State level 71st Independence Day celebrations here. The administration quickly pulled down the torn flag and replaced with the new one. 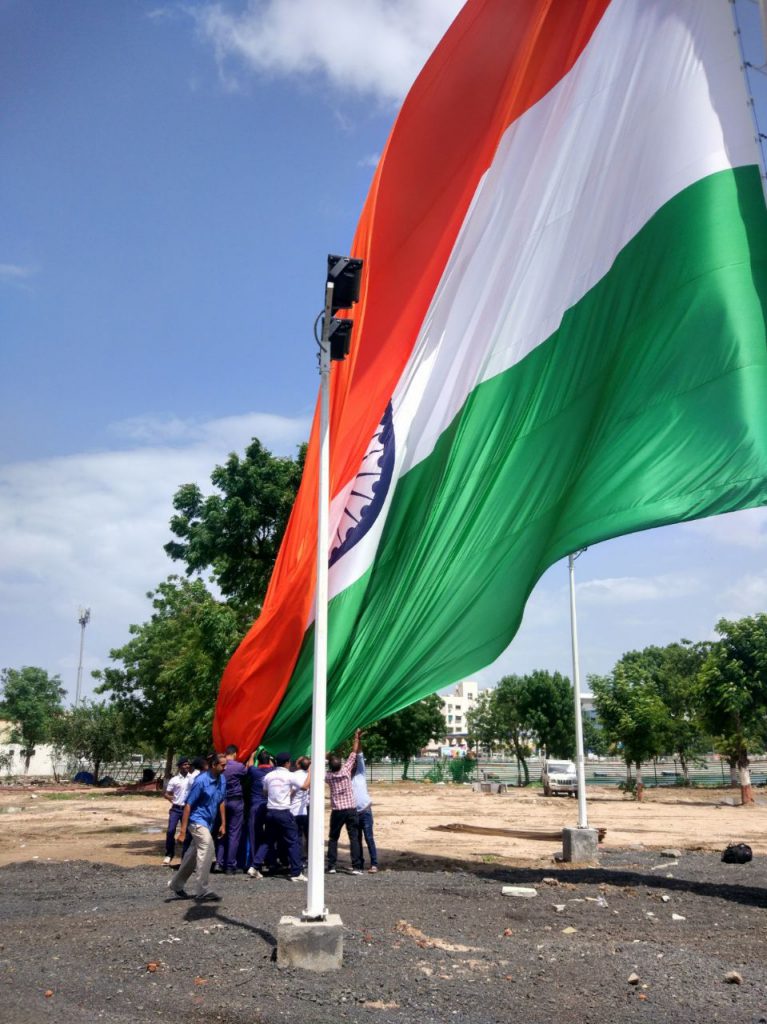 The incident happens on Friday morning when it was noticed that the flag was torn from the top corner and someone informed the VMSS authorities. The top brass rushed the spot and immediately pulled down the torn flag and replaced it with the new one. This is for the second time the National Flag was torn after installation on 14thAugust 2017 by the Gujarat CM Vijay Rupani. 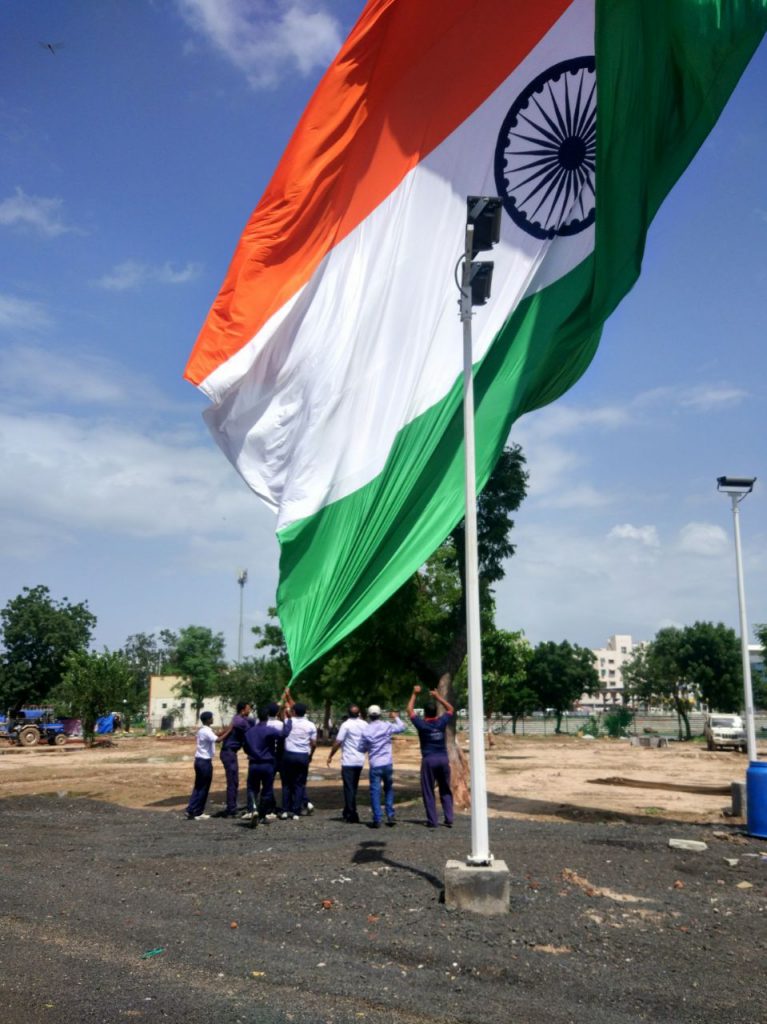 CM Vijay Rupani on 14th August 2017 inaugurated the highest flag post in Gujarat with Indian Tricolor hoisting on it.

The post is 67 meters in height built for 46 lakhs cost and situated inside the Shahid Smruti Van near Sama Talav. The National Flag hoisting on the highest post is 72feet long and 48 feet wide. To maintain the decorum of the National Flag the lights were continuously flash on the Tricolor from evening to morning.

As per the rules the Tricolor must be pulled down in the evening but due to its size the National Flag hoisting on the highest flag post will not be pulled down. The administration instead make arrangements to switch on the lights in the night which continuously focus on the flag and this maintain the decorum of the National Flag.