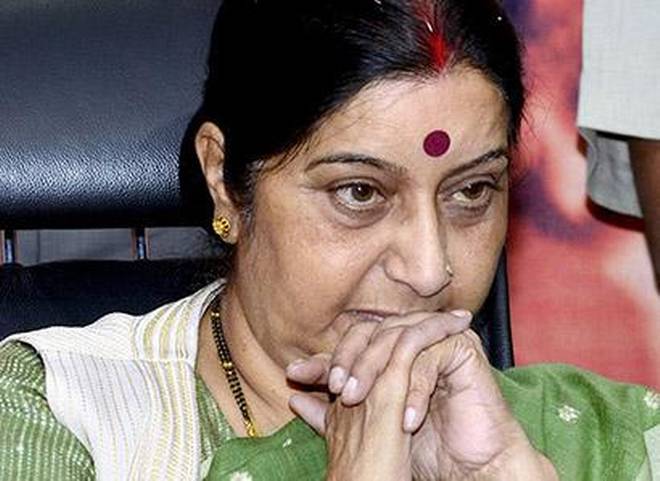 As Italian Prime Minister Paolo Gentiloni was on an India visit, there were reports of attacks on Indian students in Milan. External Affairs Minister Sushma Swaraj on Tuesday assured the students not to worry as she was personally monitoring the situation.

"Attack on Indian students in Milan: I have got the detailed report. Please do not worry. I am monitoring the situation personally," the External Affairs Minister said in a tweet.

Sushma Swaraj's remarks came a day after the Indian Consulate in Milan said that it has received reports of attacks and cautioned students to stay away from any area perceived to be of risk.

"Students are also requested to report such matters to the Consulate on Consul General's Cell 3290884057 immediately," the Consulate said sharing the helpline number.

"This will help the Consulate take up the issue with the higher authorities in Milan so that all efforts can be made to prevent recurrence of such incidents in future.

"In the meanwhile, students are advised to be in touch with each other (particularly when they go out) as well as with the Consulate and spread the information among other students about the areas where they face such incidents so that such areas can be avoided or approached with greater caution," the statement added.

According to reports, the attack took place on October 17. Three Indians students were allegedly attacked with beer bottles, in an apparent racist attack.

There is a 180,000-strong Indian community in Italy, the third largest in the European Union after Britain and the Netherlands.

The incident happened even as Italian Prime Minister Gentiloni was visiting India on October 29-30 in what was the first Italian prime ministerial visit in over a decade, and helped thaw the bilateral ties.

Diplomatic ties between India and Italy came to a near freeze following the February 2012 killing of two Indian fishermen by Italian marines, Massimiliano Latorre and Salvatore Girone, off Kerala.

The case is now with the International Tribunal for the Law of the Seas (Itlos) at The Hague and India has allowed both the marines to return to Italy.