Connect Gujarat
#Beyond Just News
More
Home Lifestyle Entertainment Indian Serials and why to avoid them? 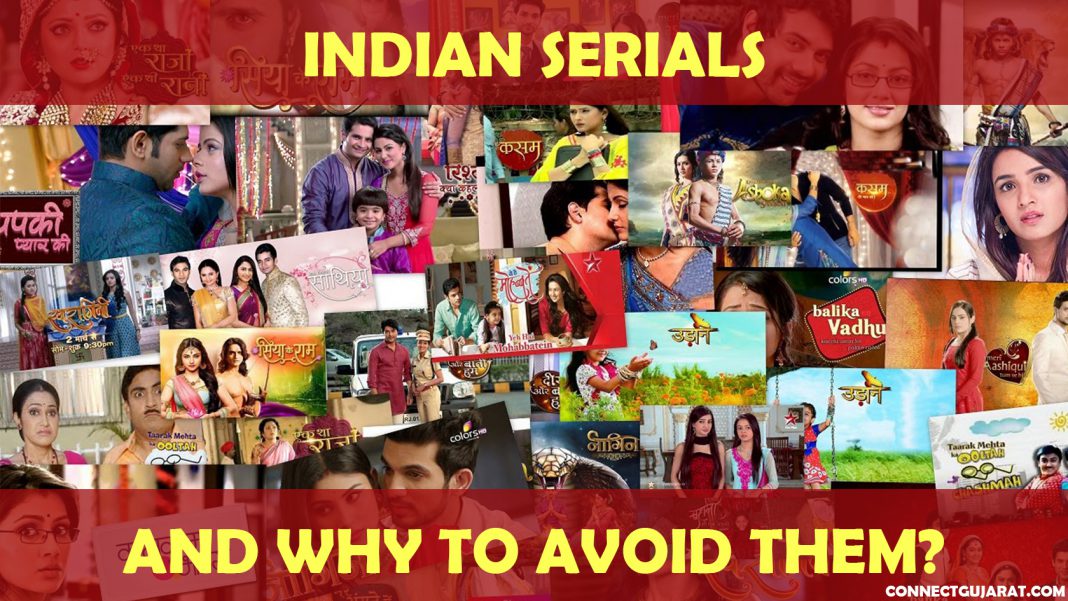 The Indian Serials attract viewers of all age group. It has a deep connection with the people of the nation. The reason why the Indian Serials made a compulsory place for itself in the households of Indians are owing to the reason that the number of movies that were released was only about 2 or 3 per month in a single language. The people like these days were not flooded with entertainment options. Thus, serials became an integral option for entertainment. The serials are usually the same evil-good concept everywhere.

There were also some serials that are made on the Indian epics like Mahabharata and Ramayana that played a vital role in educating the masses about the Indian culture who are illiterate.

The most saddening as well as the surprising part is that, in these times when the options for entertainment have gone manifold, the craze for serials hasn’t reduced. People still like watching serials as much as they did earlier. The serials evolved as the movies and other sources of entertainment evolved. The star cast, the serial set, the music and other elements of films are also imbibed in the serials. But the storyline hasn’t changed much. There are hardly any serials that are based on genre like sci-fi, education,etc.,

The pictures in motion tend to affect the mind in all possible ways. The following are some of the adverse effects that serials have on the people.

The desperate housewives, the newly married all picturize their mother in law like a villain as it is shown in the serials creating a drift in the family.

The Indian Serials occupy a considerable time every day. Thus, it is a waste of time when people are glued to their television sets,and they fail to perform their daily activities.

These reasons and the timeline of how the Indian Serials have evolved is enough to prove to people why one should avoid watching it.

Kareena shares picture of younger son with Taimur, calls them ‘her hope’