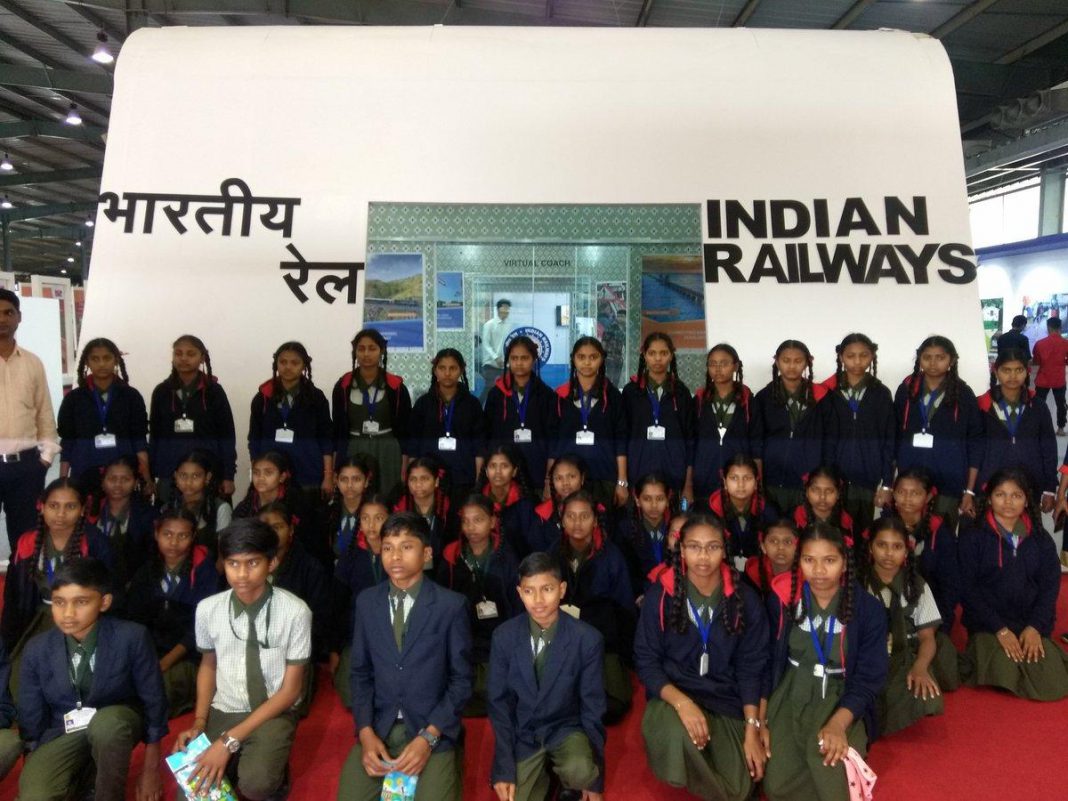 Indian Railways has transformed vibrantly in the last 4 years, achieving one milestone after another with its out- of- the box thinking. These achievements have been brilliantly showcased at the Indian Railways Pavilion set up by Western Railway at the recent Vibrant Gujarat Trade Show Exhibition 2019, at Gandhinagar.

According to a press release issued by Chief Public Relations Officer Ravinder Bhakar, the Indian Railways Pavilion at the Vibrant Gujarat Trade Show has been  themed on India’s first engine-less semi high speed “Train18”.The pavilion has portrayed the progress and achievements of Indian Railways during the last 4 years, like the opening of Bogibeel bridge – India’s longest and Asia’s second longest Rail-cum-Road Bridge on Brahmaputra river which provides easy connectivity to North East states to other states.

Other panels includes display on Kevadiya station – Railway’s ode to the Iron Man of India which will provide connectivity to the World’s tallest statue,i.e. Statue of Unity, India’s first National Rail and Transportation Institute at Vadodara, Green Initiatives as well as Digital and Technological advancements  over Indian Railways in a very attractive, aesthetic and informative panels.

The crowd puller of the pavilion is the Virtual Reality Coach wherein using occulus lenses the visitors get a 360 degree experience and virtual feel of the cockpit, executive class and economic class of India’s yet to be introduced semi high speed “Train 18”. The other major attraction is the running train models and paper models of Bullet train and Double Stack Containers which is an instant hit amongst the young and old alike.

In addition to these, foot sensor based interactive screens were also set up which showcased the various facets of six major developments of Indian Railways such as the engineering marvel – Bogibeel Bridge, the newly set up India’s first Rail University – the  National Rail and Transportation Institute at Vadodara, the features of 12000 HP “Make in India” Engine, the first Air – conditioned EMU local introduced in W. Rly’s suburban section, the Modern Coach Factory at Rae Bareilly and the world’s first locomotive converted from Diesel to Electric traction.

The visitors chose from any of these six topics by merely stepping on to the respective sensor based footboard and the corresponding short videos will be displayed on the screen. Similarly, the scrollers at the pavilion showcased the accomplishment in different arenas like capacity enhancement, safety and security, cleanliness and rich heritage in a visually informative manner.

The year 2018-19 has been dedicated as the year for “Security of Women and Children” by the Railway Minister and the pavilion showcase the various initiatives adopted by Railways in this direction. Pertaining to their safety and security as well as child protection measures to provide a safe and comfortable travelling experience for women passengers has been pertinently portrayed through the panels, which has garnered the appreciation by the women visiting there.

A railway based quiz was also organized for fun and to test the grey cells of the visitors where the winners are selected through a lucky draw. The Indian Railways pavilion has become a constant hit with the children, students, locals and also attracting visitors and foreign delegates alike.