Indian Railways is 'Transforming' Marching towards a better Future 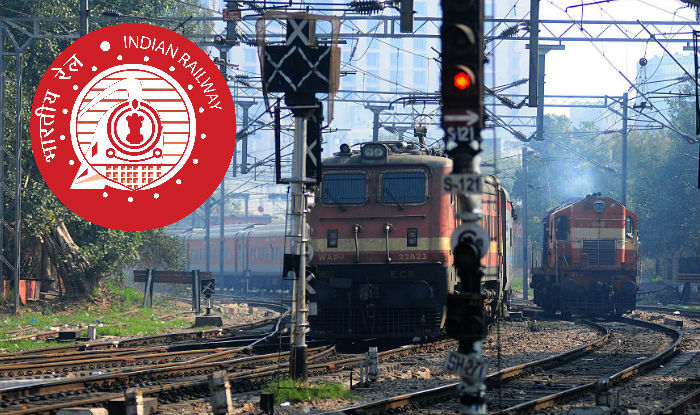 Keeping in view the course of action for taking Railwaysto new heights & meet the challenges, Minister for Railways, Suresh Prabhakar Prabhu had set clear and reasonable goals of Vision 2020. In order to attain the set targets, Indian Railways has taken unprecedented reformative initiatives in the last 3 years.

It is planned to refurbish more than 40,000 coaches with world class amenities like entertainment on board, Wi-Fi, Vending machines, auto doors etc. More than 130 stations have been provided with high speed Wi-Fi. To disseminate information widely 2 lakh rail display network screens have been installed across 2000 stations. Less than 5 mins waiting has been enabled for purchase of tickets through higher speeds of web interface, POS terminals, ATMs etc. In order to enhance the travelling comfort of passengers, the reserved accommodation capacity has increased from 37 crore in 2014 to 50 crore in 2017.

To ensure green corridor, fitment of bio toilets has been undertaken to ensure zero discharge of human waste and it is planned to have such toilets in all coaches. In the last 3 years, 61,000 bio toilets have been fitted on Indian Railways, whereas on Western Railway there are 4220 bio toilets.

It is noteworthy to mention that despite commodity slowdown, highest loading has been achieved by Indian Railways in year 2016-17. This was possible due to the numerous policies intervention and liberalization of freight sector.

The vision of Indian Railways is to be a key driver of India's growth through infrastructural upgradation and development. It believes in developing tomorrow's convenience today and has taken long stride to achieve this goal. Ministry of Railways has entered into Joint Ventures with states to speed up infrastructural growth.

Rural India is to be included in digital revolution by providing Rail wire Sathi at 7000 stations, these are internet enabled kiosks which serve as single window for government schemes and departments. Over 100 stations are to be modernized to world class standard.

Western Railway : A Catalyst of Growth:

Western Railway is progressing ahead with its ambitious road map to offer best-in-class services. With the increase in the areas of operation and number of services, the expectations of passengers have also increased. On one hand providing more services has been a priority, while on other hand providing international level of comforts to the passengers is also being undertaken. It was a landmark in the history of suburban railway when Prime Minister Narendra Modi laid the foundation stone of 3 important rail projects under MUTP-III, one of which is the Virar-Dahanu Road quadrupling.

Documents between Ministry of Railways and Govt. of Maharashtra were also exchanged for MoU for development of Suburban Transport Infrastructure in Mumbai Metropolitan Region and Joint Venture agreement for rail projects in Maharashtra.

Surging ahead towards a 'Digital India', Western Railway is committed to develop innovations that address the need of times and contribute in making Indian Railways the strongest contributor to Digital India. Some of the initiatives are :

Provision of passenger amenities is one of the important objectives of Western Railway both in terms of business ethics as well as social obligation. A new railway station 'Ram Mandir' has been constructed between Jogeshwari and Goregaon station to meet the long standing demand of passengers. Giving new dimensions to passenger convenience a new concept of dual landing FOB with both escalator and steps are provided at Borivali station.

High Volume Low Speed fans have been provided at Mumbai Central and Andheri stations for better air flow. The first 'Make in India' Medha rake, was commissioned on Western Railway. These rakes have a high powered 3 phase propulsion system and are also equipped with modular roof mounted forced ventilation system.

Western Railway has always been driven by the needs of its passengers especially the 'Special Ones'. Chequered tiles have been provided on 18 platforms for the visually challenged. Ramps, Audio visual signages and low height booking windows, toilets, blocks, water booths have also been provided. Keeping in mind the 'Golden Hour', Emergency Medical Rooms have been provided over 10 stations for immediate medical care of passengers. “108 MEMS Ambulances” manned by doctors are provided at all stations.

During last years, even during heavy rains, Western Railway trains do not let its passengers down. Multi Section Digital Axle Counters (MSDAC) have been provided over Churchgate-Virar section to prevent signal failure during monsoon and flooding. Regular cleaning and desiliting of drainages are done along railway tracks. Additional water pumps are installed at prominent areas prone to water logging. A hotline has been set up between MCGM Disaster Control and WR traffic Control for faster communications during emergency.

In order to improve infrastructure in Maharashtra and speed up projects, the total allocation of budget in 2017-18 is as 5958 crore which is 408% more than the average of 2009-14. This is the highest ever allocation made to Maharashtra.

Western Railway provides connectivity between the financial capital – Mumbai and Ahmedabad along with major cities of Gujarat. It also connects the imported ports of Kandla, Mundra, Dahej etc.

More than 11 kms of new lines has been commissioned, whereas doubling has been completed on over 188 kms. Gandhinagar and Surat stations are to be developed as a Multi Modal Transport Hub with state-of-the-art integrated station complex. It is also planned to have connectivity with road through seamless multi modal connectivity.

2907 bio toilets have been provided in 38 trains and on-board house-keeping in 40 trains in Gujarat, since April, 2014. New LHB rakes have been introduced for Karnavati Express and Gujarat Mail trains, as well as in 2 pairs of trains between Mahuva and Bandra Terminus and one pair of train between Veraval & Bandra Terminus. 42 trains have been speeded up in 2015 and 124 trains in 2016. The speed of Rajdhani, August Kranti and Shatabdi Express trains has been increased to 130 kmph in Godhra – Virar and Ahmedabad – Virar section.