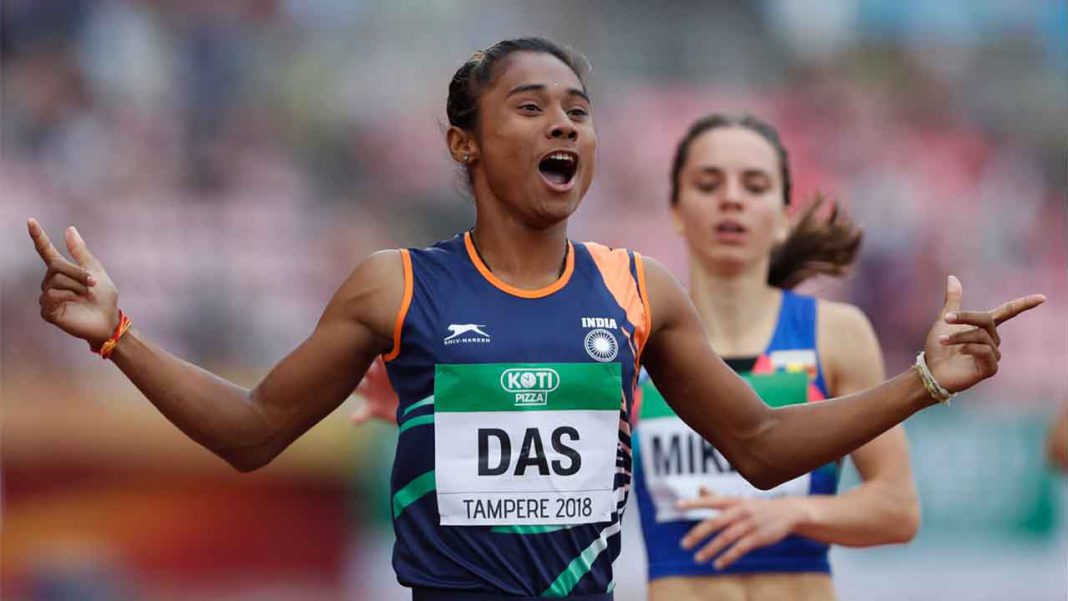 Hima’s latest gold medal came on Saturday she clocked a season-best time of 52.09 seconds to win the gold in 400m at the Nove Mesto nad Metuji Grand Prix. Her personal best is 50.79 seconds, which she recorded at the 2018 Asian Games. 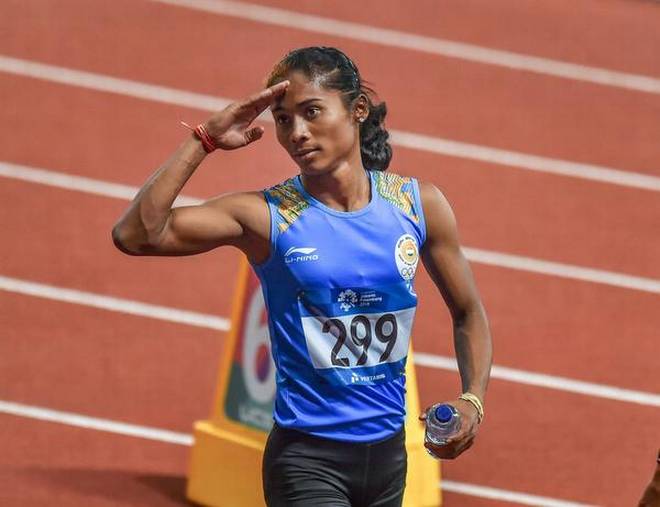 PM Narendra Modi also congratulated Hima and wished her luck for her future endeavours.”India is very proud of Hima Das’s phenomenal achievements over the last few days. Everyone is absolutely delighted that she has brought home five medals in various tournaments,” the Prime Minister tweeted.

Earlier, Hima had won the gold in 200m at the Tabor Athletics Meet. In her first competitive 200m race of the year on July 2, Hima had clocked 23.65 seconds to win gold at the Poznan Athletics Grand Prix in Poland.

Then on July 8, she won her second 200m gold at the Kutno Athletics Meet in Poland. Braving a sore back, the Assam runner had clocked 23.97 seconds to win the gold while Kerala runner V.K. Vismaya had grabbed silver with a timing of 24.06 seconds.

On July 13, she won her third 200m gold at the Kladno Athletics Meet in Czech Republic with a time of 23.43 seconds.