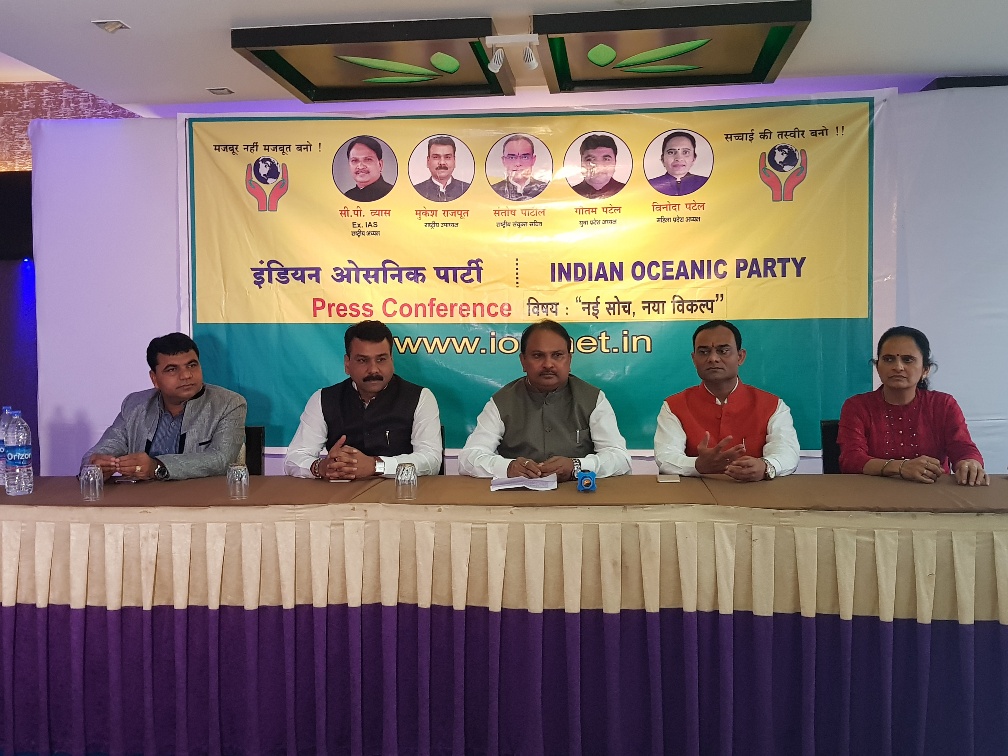 Before the upcoming elections in Gujarat every political party is strengthening themselves, be it the ruling BJP or the opposition Congress. In between many new parties are also coming up before the people as a third option. Indian Oceanic Party (IOP) is also spreading their wings in Gujarat and decided to fight on all 182 seats this time.

The party organised their first conference in Vadodara and declared themselves as a better political alternative against the two big parties in Gujarat. Headed by former IAS officer C.P. Vyas the party is trying to spread all across the country and till date claimed to be present in 17 states of India. The party is now making their present felt in Gujarat and will field their candidates in all 182 seats.

“I formed the party left my IAS career due to the political corrupt system in the country. I am a Rajasthan cadre IAS officer and I also felt the same corruption when I was the collector of Bhilwara in 2001. When you need a posting of your choice the rate is 2 crores or above. Our party network is in 17 states and earlier our target is to fight directly Loksabha elections in 2019 but then decide to start with Gujarat as the state is considered to be perfect platform for new parties and we now field our candidates in all 182 seats in upcoming assembly elections,” said Vyas.

The party with his unique name has telephone as their election symbol and claimed that they have a good presence in the state. “We registered ourselves directly as a national party in 2011 and have presence in 17 states. With Gujarat as their first election battle field we put our candidates on all 182 seats and never go for coalition with any other party. We have a good presence in Gujarat and 90% of AAP members are with us,” said Vyas.

The party is going between the people with agendas of development specially youth, farmers and corruption. They want to spread all across India and to fight assembly elections in Gujarat is the perfect start for them.