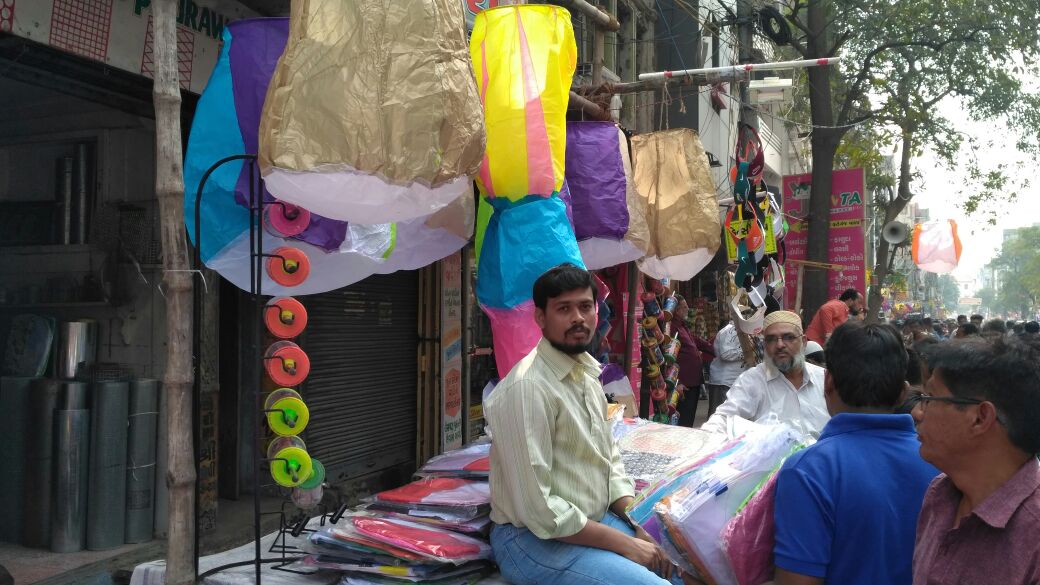 Indian made hot air balloons used during Uttarayan festival is the latest craze this year in Vadodara. After the government put a ban on Chinese made balloons the kite enthusiasts turn their attention towards the Indian product for the complete safety.

Uttarayan festival is just a day away and the kite enthusiasts are all set for the terrace party. Other then kites the balloons released in the night add the attraction to the festival. However after the ban on Chinese balloons the people are now turning their attention towards the more safe Indian product.

Two friends Juzar Motorwala and Hussain came up with the idea and work on the concept of Be Indian Buy Indian. They design the balloons purely Indian way with the local made wax used inside. They said the wax is purely safe and there is no risk of fire when the balloons land.

“Chinese made balloons are risky as the wax used in there is chemical based and there is a risk of fire when it lands. However the wax inside the balloons we make are totally safe as it get destroyed in the air and the balloon is totally safe on landing,” said Motorwala.

Every year they manufacture the balloons and sell inside the famous Patang Bazaar. They also distribute the items to others and also take orders online. What is more impressive is whatever earning comes during this time goes to charity.

“Me and my friend are working on good posts in private companies and financially sound. With an aim to give something back to the society we donate the total earning in charity,” said Motorwala.