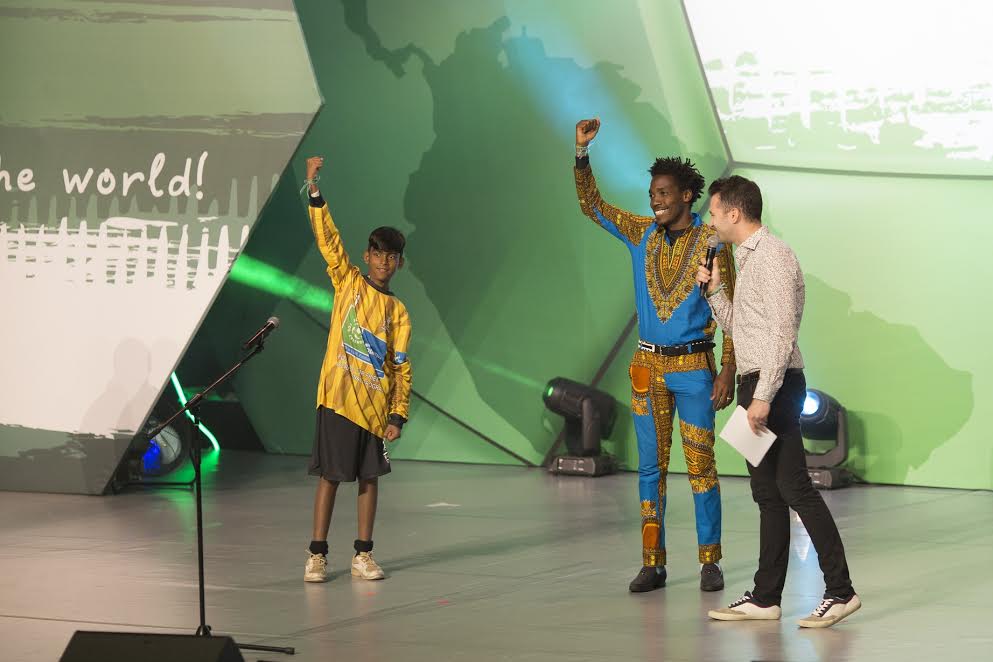 The Fifth season of Football For Friendship 2017 Programme implemented by Gazprom, the Official partner of FIFA and the 2018 FIFA World Cup™, concluded successfully in St. Petersburg.

India joined the programme for the first time and was represented by Sujal Kahar and Ananya Kamboj who were selected as the young footballer and young journalist respectively.

Sujal, a goal-keeper from Mumbai, attends the tuition-free government school - MCGM Saibabapath MPS supported by Educo. He was shortlisted as the F4F Young Ambassador from over 2500 kids by Just For Kicks, a school intervention programme working towards developing life skills amongst children belonging to lower income families by incorporating football training in their school curriculum.

Sujal played in the Yellow Team of Friendship, alongside young players from Pakistan, Iceland, South Korea, South Africa, Slovenia, Armenia and Venezuela. The Yellow Team was just a game shy of reaching the finals, losing 3-4 to eventual winners the Orange team in a tightly contested semi-final encounter. From the streets of Mumbai to St. Petersburg, the journey has bought about a positive transformation for Sujal, instilling in him the confidence to address a crowd of over 1000 people, as one of the key note speakers for the closing ceremony of the programme. 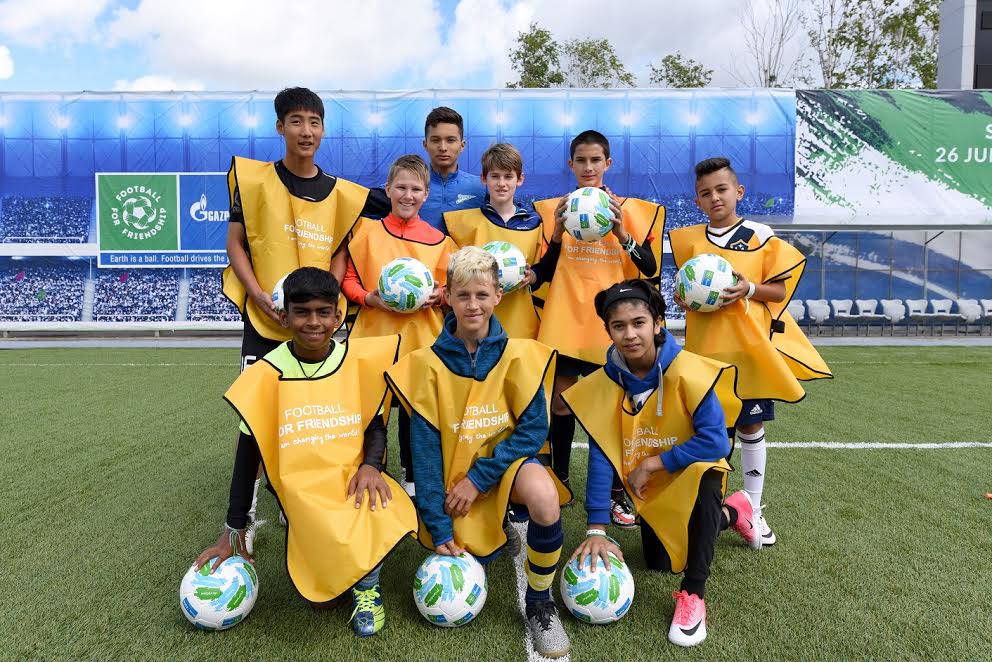 About his experience in Russia, Sujal said “I am glad to be a part of the programme and had the chance to make new friends from different countries. I enjoyed playing the championship and saved a lot of shots with my new goalkeeper gloves. I had a great time discussing, practicing and playing football with the other players. I will try and remain in touch with the friends that I have made here.”

It was no different for Ananya Kamboj, who was part of the young journalist’s team, which covered all key events on equal terms with the adult reporters. The 8th standard student from Vivek High School, Mohali was shortlisted as the F4F Young Journalist from India following a writing contest conducted by Mission XI Million, programme of the FIFA U-17 World Cup India 2017 that has a vision of making football the sport of choice among the youth by bringing football to 11 million kids.

In St. Petersburg, Ananya was one of the winners of the “Friendship Is…” contest with an illustration capturing a key activity of the Football For Friendship program – players hands bearing the iconic friendship bracelet interlinked in friendship. She also placed second for an article she wrote on “International Day of Football and Friendship”. Apart from these accolades, Ananya contributed five articles including a poem for the daily F4F Newsletter and also anchored the Football for Friendship video digest.

The F4F program consisted of a three day training camp held for young footballers. The camp was guided by young coaches and famous football players that helped young players to establish relations, elaborate the team tactics and feel the support of other team members.

The training camp was followed by the final championship that was held on 1st July 2017. The championship helped demonstrate to guests from all over the world that friendship is possible regardless of gender, physical abilities and nationality. Alexandr Kerzhakov, one of Russia’s best-ever players, its record goal-scorer and a local hero as he plays for Zenit St. Petersburg, was the guest of honour for the championship.

The programme ended with the International Children’s Forum where young journalists covered the program events in their countries by preparing the news and materials for the leading international sports mass media. Kids were taking part in preparing materials for the Football For Friendship international TV channel, the international children’s newspaper, the official radio stations and posts for social networks. Later that evening the children had a unique chance to cheer Chile and Germany during the Final of the FIFA Confederations Cup that was held at the new Saint Petersburg Stadium.

The Football for Friendship (F4F) international children's social project is implemented by Gazprom since 2013. The project unites children of different nationalities, different sexes, different physical abilities. Friendship, peace and equality are the key values promoted by participants of the FOOTBALL FOR FRIENDSHIP. The goal of the project is the development of children's football, fostering tolerance and respect for different cultures and nationalities among children from different countries. The key values that the participants support and promote are friendship, equality, fairness, health, peace, devotion, victory, traditions, and honor.