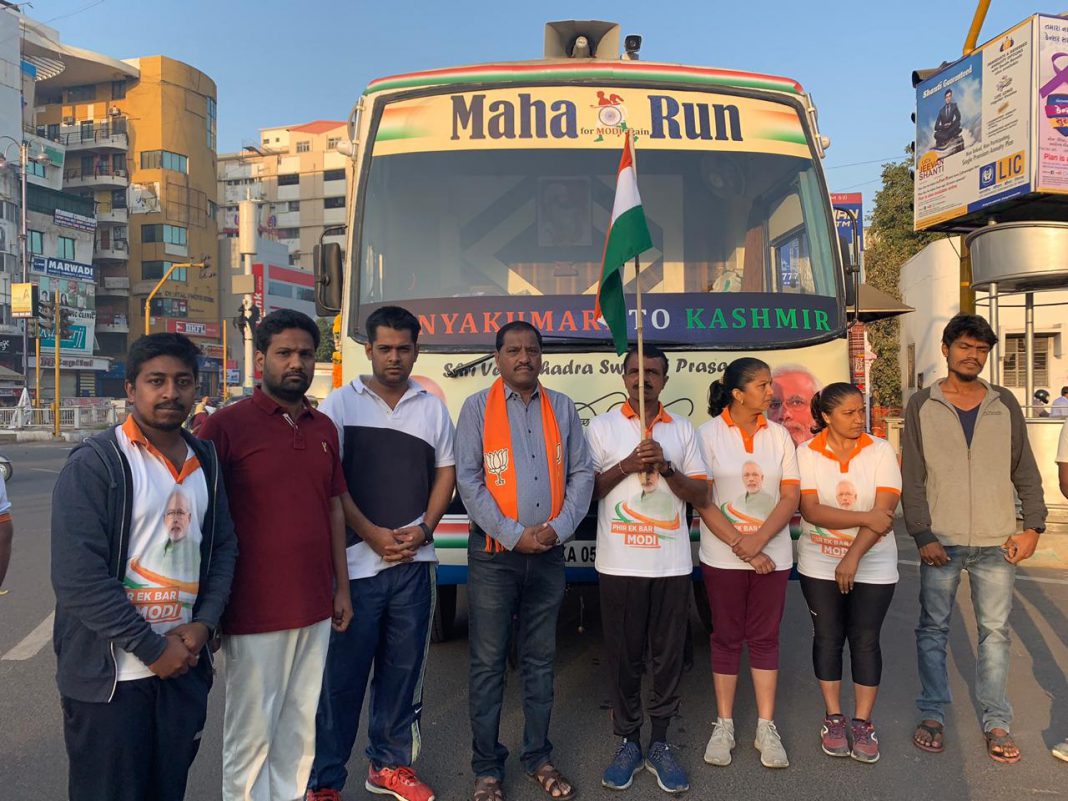 Promoting three important themes during their run from Kanyakumari to Kashmir.

A couple Rupa Kumar and N.M. Kumar is running for a cause of good governance that they experienced in the four years PM Narendra Modi has come to power. Covered 2100 kms the couple reached Vadodara from Bharuch and continue their journey after a brief halt.

The couple named the run as ‘Maharun for Modi 2019’ and running from Kanyakumari to Kashmir for promoting three different themes. The first one is continuance of good governance after 2019 elections as they feel PM Narendra Modi give a stable government with many decisive actions. The second one is promoting fitness among all Indians and third one is to collect funds for Army Welfare Fund during the journey.

“We started from Kanyakumari on 26th January with a mission to promote three important themes. The first one is we need the good governance which PM Narendra Modi provides us in the last five years. Second one is to promote fitness with a slogan ‘Sweat India Fit India – BP Sugar Quit India’ and covering 60kms daily. Finally the third one is to collect funds for Army Welfare Fund during the journey, ” said Manu spokesperson of the event on behalf of the couple.

Starting from Kanyakumari they cover 2100 km till Vadodara and will cover the rest 1800kms till Kashmir. They are carrying a bus along with them which is like a mini kitchen for them and normally stays at highway hotels. From Vadodara the couple moves to Gandhinagar, Jaipur, Delhi and then Kashmir.

They said it’s a non political event and fully sponsored by own without taking any help from anyone.