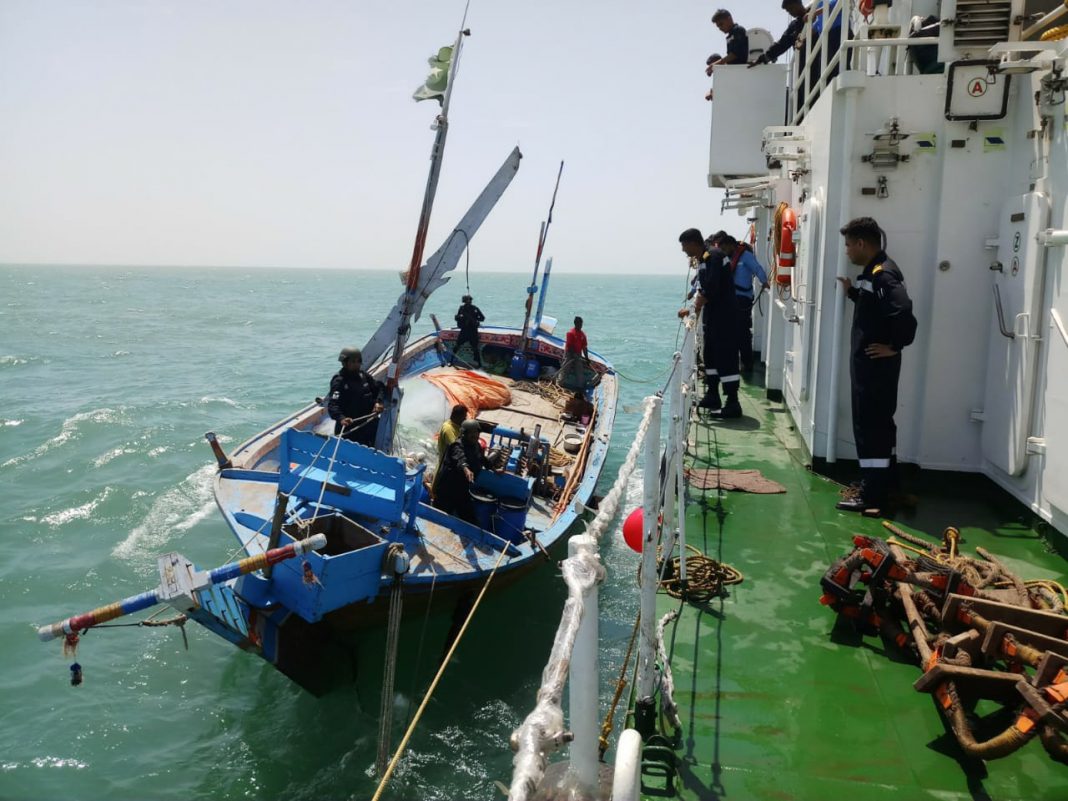 Indian Coast Guard ship intercepted and apprehended a Pakistani Fishing Boat Al-Madina off Jakhau, in Gujarat coast in yet another anti-smuggling operation based upon specific information from DRI and other intelligence agencies. Approx. 194 packets of suspicious substance suspected to be narcotics have been recovered which will be further verified by appropriate agencies through chemical analysis. The boat will be further checked during joint investigation and interrogation with other agencies. 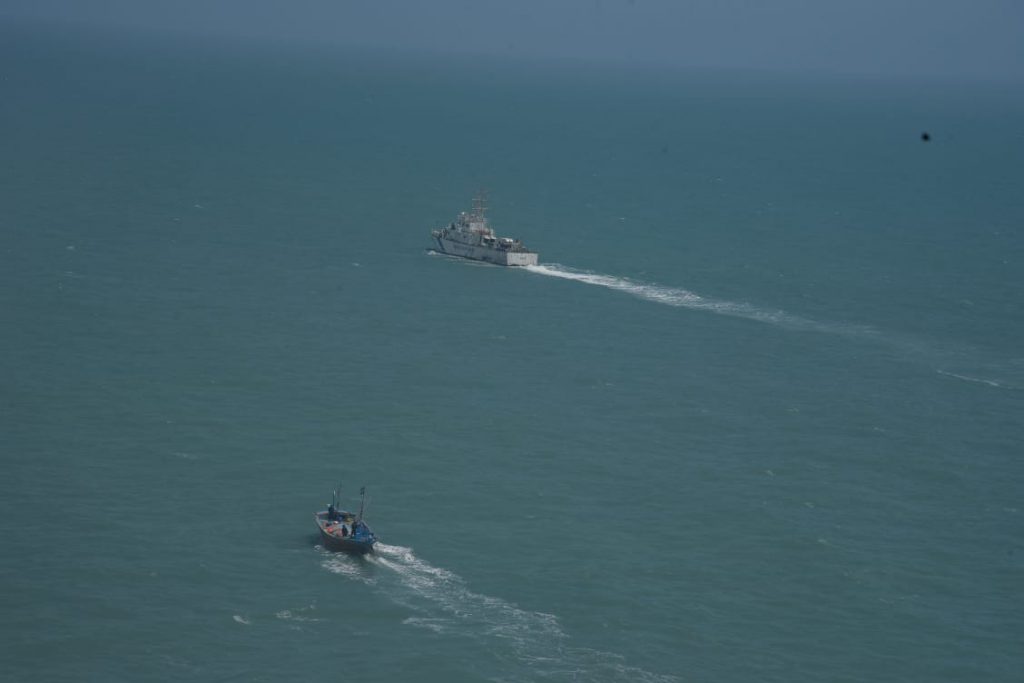 At around 1900 hr on 20 May 19, Indian Coast Guard received Intelligence inputs from DRI and other agencies about a Pakistani fishing boat is waiting near International Maritime Boundary Line to deliver narcotics to a receiver off Jakhau coast. Accordingly, ICGS which was in the patrolling area was diverted to intercept the suspected boat while maintaining secrecy of the operation. Two fast Interceptor Boats of ICG were deployed from nearby CG stations to augment the operation.

Post maintaining clandestine presence in area, it was in the morning hours when finally Coast Guard ship intercepted Pakistani Fishing Boat Al-Madina off Jakhau coast that did evasive maneuvers to avert getting apprehended. The ICG Ship chased the foreign boat and succeeded in boarding and taking control of the situation in Indian waters despite rough sea conditions. 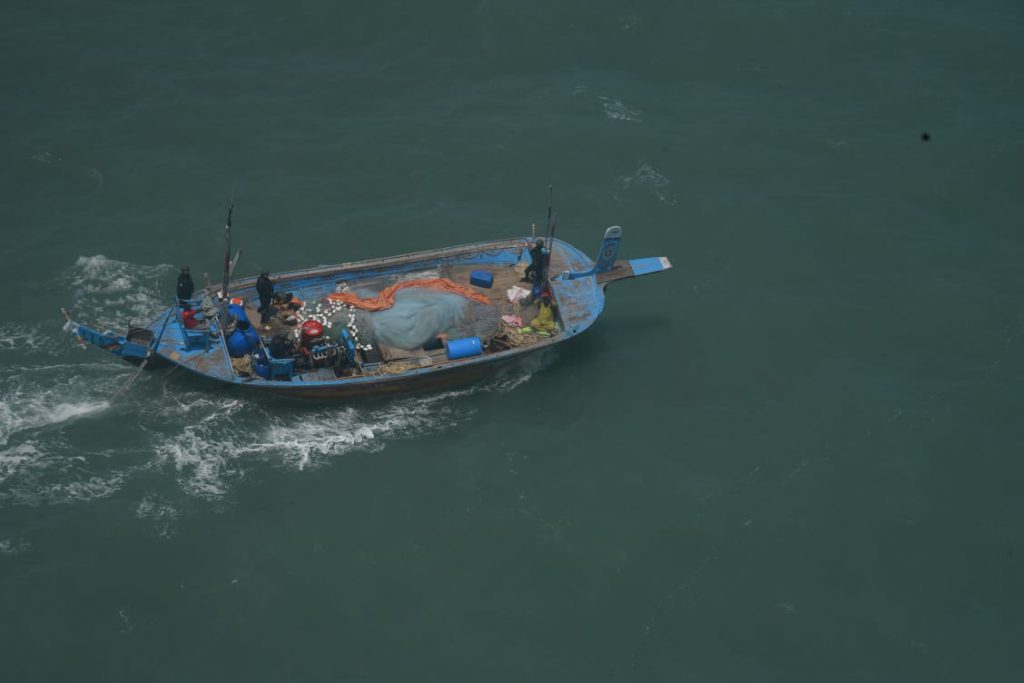 Meanwhile crew jettisoned/threw the bags containing the suspicious material in the water but Coast Guard ships boarding party managed to retrieve seven bags and took Pakistani crew in its custody. Preliminary testing of one of the packets by a drug detection kit shows the material likely to be Narcotics. The approximate cost of seized Narcotics is 400-500 Cr  which will depend proportionately on purity of the narcotics tested later. The rummaging of boat is in progress and will be taken either to Jakhau or other CG station for further interrogation of crew. After the investigation legal action will be taken as per laws.

Earlier this year in March 2019, 100 kg of Heroine was seized in a joint operation by Indian Coast Guard with ATS, Ahmedabad based on the input. This is the second incidence in this year when ICG has seized such a large quantity of Heroine from the coast of Gujarat. The ICG has maintained close coordination with all agencies for effective drug enforcement in the maritime domain of the State of Gujarat.