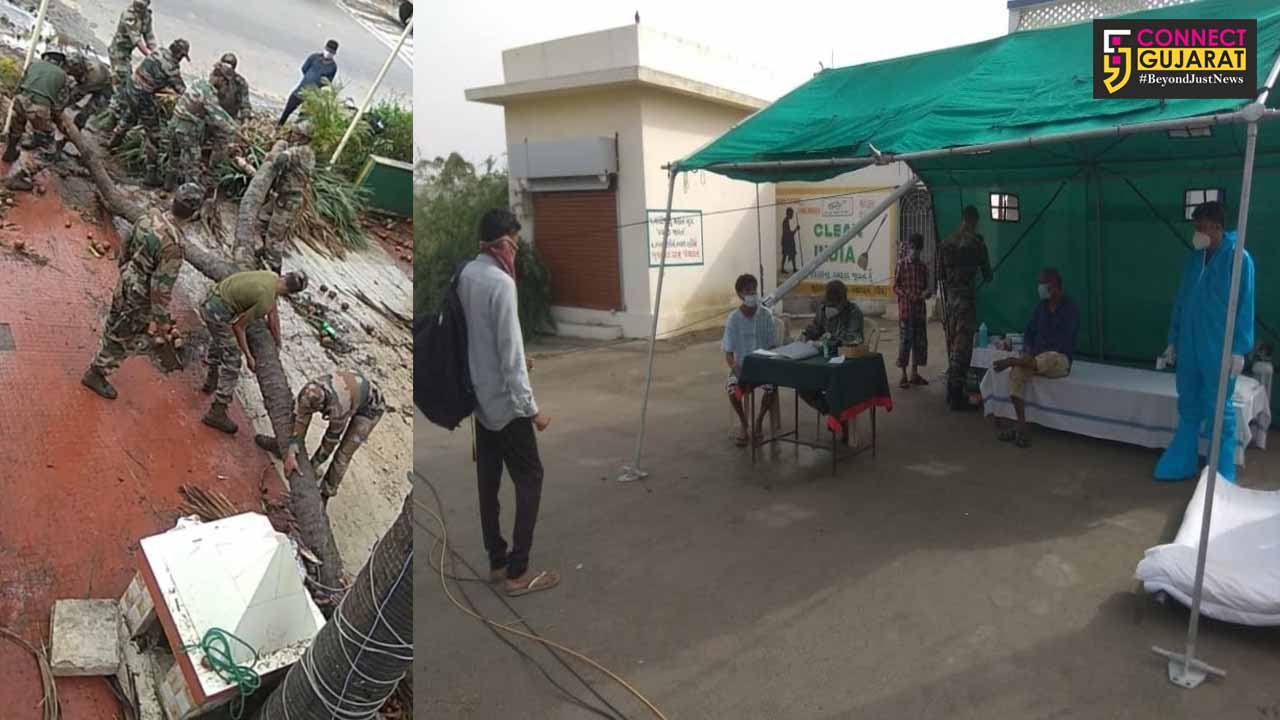 Extremely Severe Cyclonic Storm Tauktae was a powerful tropical cyclone in the Arabian sea, which resulted in at least 90 deaths and left many people missing. The storm displaced over 2,00,000 people in Gujarat. It also caused widespread infrastructure and agricultural damage to the western coast of India.

Indian Army troops were very forthcoming as always to provide immediate relief and rescue operations which were launched with utmost swiftness. The entire relief operations are being monitored by Lieutenant General PS Minhas, General Officer Commanding, Konark Corps. The relief work was well coordinated in advance with the civil administration, additional assistance and changes in the plans were carried out as per the need of the hour meeting the requirement of local populace with utmost sincerity. The rescue teams are doing spectacular tasks in cyclone affected areas.

Indian Army rescue & relief teams, with sustained efforts , cleared the main artery of Diu which was blocked by fallen trees and electric poles due to cyclone thereby restoring movement of essential supplies & medical support. The road between Somnath and Diu that was blocked at several places was also cleared by the Indian Army for movement of vehicular traffic.

The forces have established a number of field medical posts to provide timely medical assistance and taking care of local populace in cyclone affected areas. The Army has always stood as a saviour of the nation in crisis with the motto *"Nation First"*.