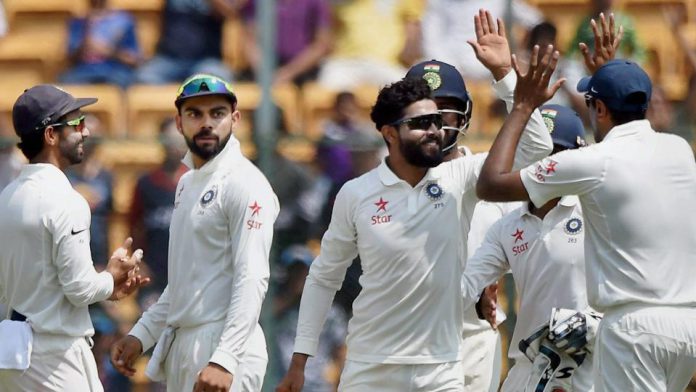 Australia cricket team finished Day 2 of the second Test match against India on 237/6 in Bangalore and also took 48 run lead on the second day in reply to India cricket team’s first-innings total of 189.

Matt Renshaw and Shaun Marsh scored half centuries while Ravindra Jadeja and Umesh Yadav were the major wicket-takers for India.

Indian bowlers fought hard on a tough pitch and the two wickets at the stroke of tea had put Australia on back foot but Matthew Wade and Shaun Marsh stitched a 57-run stand to bring back visitors on track.

India will look to end Australia’s innings as soon as possible tomorrow and give themselves a good chance to come back into the game.