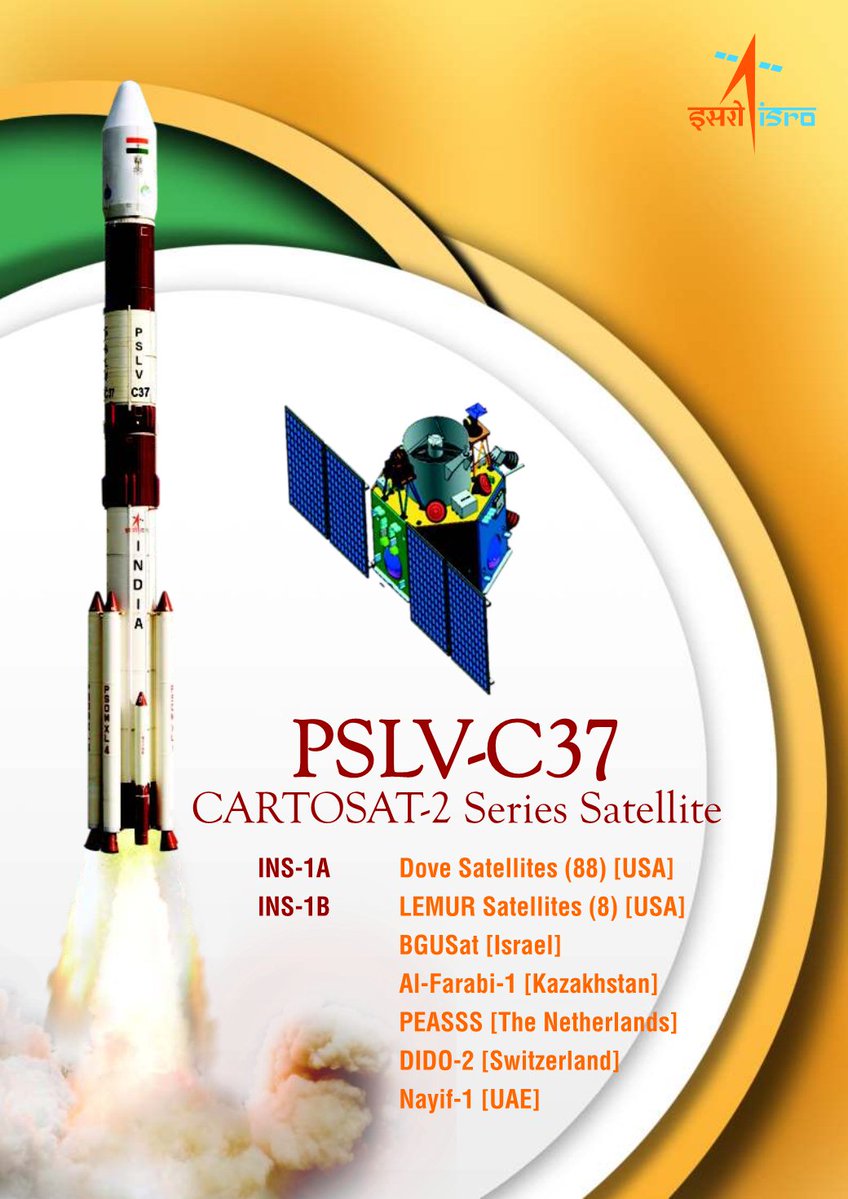 India on Wednesday morning created a world record by successfully putting into orbit 104 satellites, including the country’s own Cartosat-2 earth observation satellite .

“One hundred and four satellites have been put into orbit,” Indian Space Research Organisation (ISRO) Chairman A.S. Kiran Kumar said soon after the launch, congratulating the space agency’s team on its success.

Exactly at 9.28 a.m. the PSLV-XL variant rocket standing 44.4 metres tall and weighing 320 ton tore into the morning skies with fierce orange flames at its tail.

Gathering speed every second, the rocket raced towards the heavens amidst the cheers of the ISRO officials and the media team assembled at the rocket port here.

At the rocket mission control room, ISRO scientists were glued to their computer screens watching the rocket escaping the earth’s gravitational pull.

Around 28 minutes into the flight, the rocket completed its birth ‘karma’ slinging all the 104 satellites into their intended orbits as per the scheduled sequence.

The PSLV rocket is a four stage rocket alternatively powered by solid and liquid fuel.

The Cartosat-2 satellite weighs 714 kg and has a mission life of five years.

The co-passenger satellites comprised 101 nano satellites, one each from Israel, Kazakhstan, the Netherlands, Switzerland, the UAE and 96 from the US, as well as two nano satellites from India.

The total weight of all the satellites carried on-board is about 1,378 kg.

Out of the total 226 satellites launched by ISRO with its PSLV rocket, 179 satellites were for foreign customers, said Project Director Jayakumar.

According to P. Kunhikrishnan, Director of the Satish Dhawan Space Centre (SDSC) three more launch missions are slated this year.

Multiple satellite launches with a PSLV rocket is not new for ISRO, having launched 20 satellites on June 22, 2016.

However on Wednesday ISRO surpassed the 37 satellite launch record set by a Russian rocket on June 19, 2014.