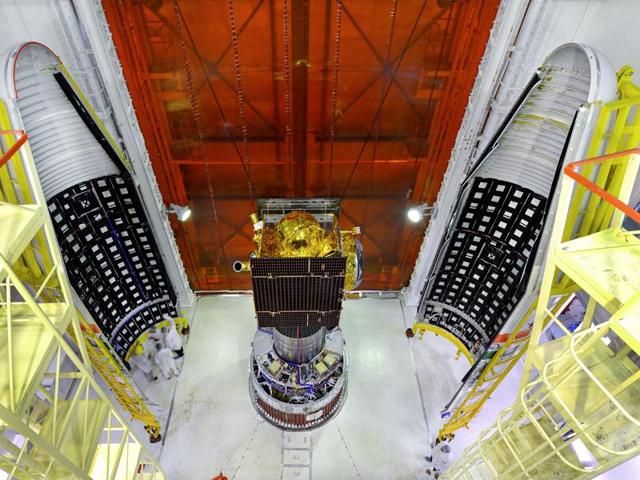 India will launch one of its back up navigation satellites this year as a replacement to IRNSS-1A satellite, whose three atomic clocks have failed, an official of the Indian space agency said on Monday.

The official denied the existence of similar problems with the rubidium atomic clocks in another navigation satellite.

“The atomic clocks have failed in only one satellite. We will be launching the stand-by satellite this year. All other six satellites are operational and are providing the navigation data,” A.S. Kiran Kumar, Chairman, Indian Space Research Organisation (ISRO), told IANS.

He said the atomic clocks were imported and ISRO would take up the issue with the foreign supplier.

Each satellite has three clocks and a total of 27 clocks for the navigation satellite system were supplied by the same vendor.

The clocks are important to provide precise data.

Simply put, the Indian Regional Navigation Satellite System (IRNSS) is similar to the GPS (Global Positioning System) of the US, Glonass of Russia and Galileo of Europe as well as China’s Beidou.

While GPS and Glonass are fully functional global systems, the Chinese and the Japanese systems offer regional coverage and Europe’s Galileo is yet to be operational.

In other words, IRNSS could be said to be the “Indian GPS”.

Apart from the civilian applications, the IRNSS will be used for defence purposes as well.

Kumar said ISRO was studying the problem, when queried whether the issue was with the electronic side of the clocks.

Starting in July 2013, the Indian space agency has launched all the seven navigation satellites. The last one was launched on April 28, 2016. Each satellite has a life span of 10 years.

It is learnt that the NavIC satellites were performing well till the three clocks in IRNSS-1A — the first satellite — failed.

According to Kumar, all the hardware are susceptible to failure even though elaborate testing is done.

PM to interact online with fitness influencers & citizens at Fit...