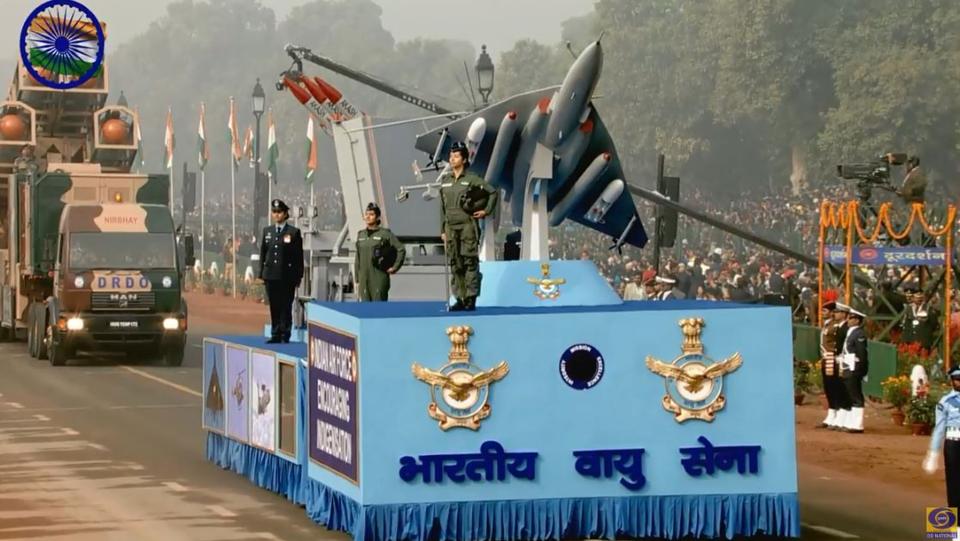 India on Friday celebrated its 69th Republic Day as the Rajpath, the capital's main promenade, came alive with march pasts and colourful tableaux to showcase the country's military might, cultural legacy and its initiatives, with 10 Asean leaders as chief guests watching the proceedings.

The parade ceremony commenced with Prime Minister Narendra Modi laying the wreath at the Amar Jawan Jyoti at India Gate to pay homage to the fallen soldier.

President Ram Nath Kovind took his first Republic Day salute from various wings of the Indian Army, the Air Force and the Navy.

The 31-year-old IAF commando was killed in an anti-terror operation in Jammu and Kashmir last year that also led to the killing of six terrorists.

India for the first time in its history of republic hosted 10 heads of state or government of the Asean countries as guests of honour for the annual parade.

The marching contingent of the Army included horse-mounted columns of the 61st Cavalry, the Punjab Regiment, Maratha Light Infantry, the Dogra Regiment, Ladakh Scouts, the Regiment of Artillery and 123 Infantry Battalion - Territorial Army (Grenadiers) followed by the tableau of ex-Servicemen.