India becoming one of most transparent, open economies: Jaitely

India is becoming one of the most transparent and open economies in the world with sector after sector opening up for foreign investment notwithstanding the wave of protectionism elsewhere, Finance Minister Arun Jaitley said on Friday. Addressing the Partnership Summit in this coastal city, he said that 90 per cent of the investment in India […] 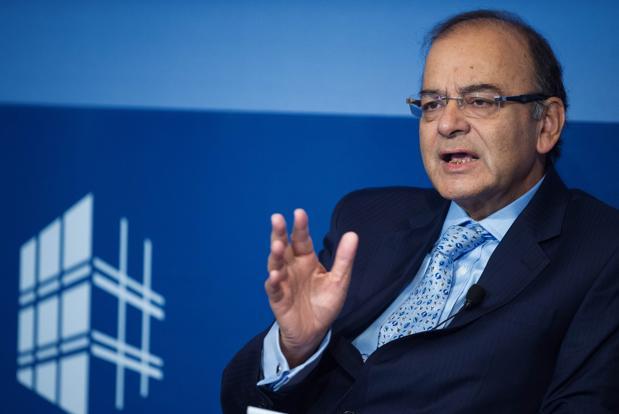 India is becoming one of the most transparent and open economies in the world with sector after sector opening up for foreign investment notwithstanding the wave of protectionism elsewhere, Finance Minister Arun Jaitley said on Friday.

Addressing the Partnership Summit in this coastal city, he said that 90 per cent of the investment in India is through the automatic mode, which reflects the transparency and ease of doing business.

Jaitley told delegates from 40 countries attending the two-day event that India is investing in a big way in different areas of infrastructure and rural areas and this is what keeps the growth process going.

Jaitley said the world is facing serious challenges as it struggles to get out of the slowdown process.

“The future appears to be uncertain and there is also a rising tendency, more particularly among the developed world, in falling back on protectionism,” he added.

The minister said over the last few years, what has got India growing at a reasonable rate among the fastest growing economies are a series of factors — the most important being the change of attitude and vision of the people.

“Never in history have we seen a situation where people of India come out and openly become so increasingly aspirational that they start supporting and demanding reforms and changes in Indian society and the economy,” he added.

On demonestisation, he said although it shook the system for some time, it was now gradually integrating the shadow, parallel and informal economy with the formal economy. He claimed that the size of the formal economy is expanding and so also are transactions in the banking and digital modes.

He said demonetisation of high denominational currency notes was one of the three major changes that had happened over last one year. Stating that India was largely a non-compliant society, he said the states and central government were struggling to generate revenues.

Jaitley said demonetisation, coupled with the Goods and Services Tax (GST), will accrue larger revenues to the states and the Centre and expand size of the formal economy.

He described JAM (Jandhan, Adhaar and Mobile) as one of the three directional changes making financial inclusion far easier. He said JAM was helping the government in better targeting subsidies, resulting in huge savings that can be spent on the less privileged.

Jaitley said at a time of global slowdown, having some high growth states like Andhra Pradesh will contribute to India’s growth.

Jaitley was all praise for the state for recording higher growth than the national average and achieving number one ranking in ease of doing business with two-and-half years.

He foresaw Andhra Pradesh over the next few years growing at least 4 to 5 percent ahead of the national GDP.

The Finance Minister said that Andhra had huge potential and promises to be the most vibrant economy on the east coast, with a focus on manufacturing and services.

He said that once the Polavaram project is commissioned, the state will become an agriculture powerhouse.

He said there were reasons for special relationship with Andhra Pradesh as its division created two unequal parts. “This part is more unequal on account of several reasons,” he said and claimed that the Centre is fulfilling promises made to the state.

This is the second consecutive year that the Confederation of Indian Industry (CII), in association with the central and state governments. is holding the summit in this coastal city.