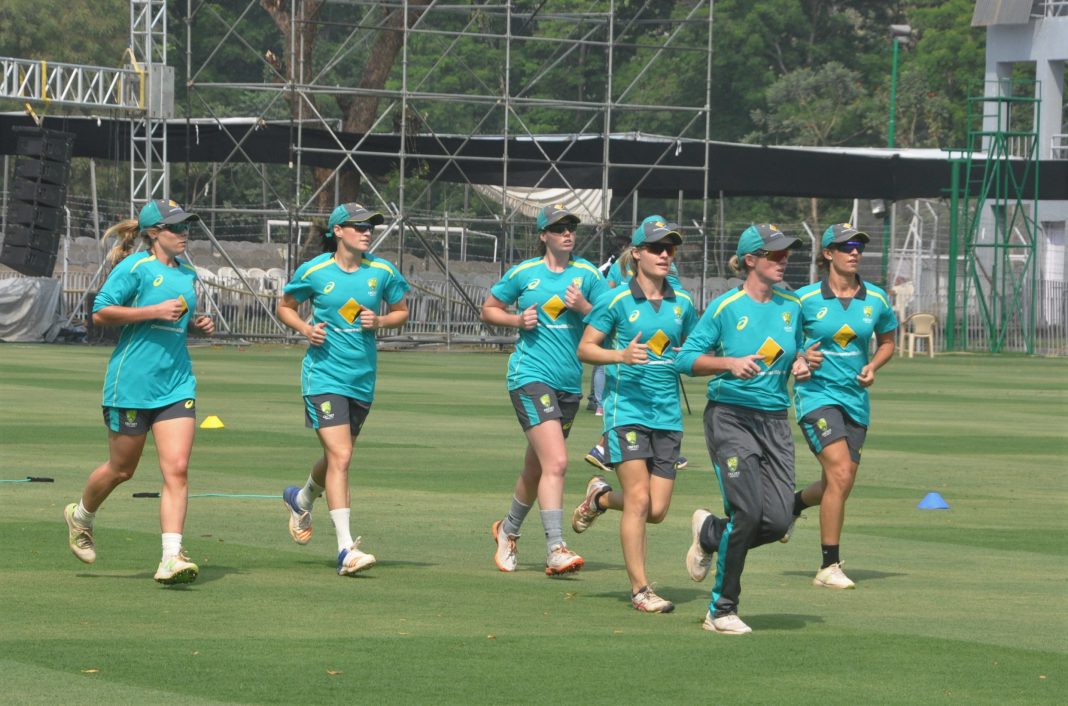 Australia and Indian Women’s team practiced at Reliance cricket stadium on Saturday ahead of their clash on Monday. Both the teams play three one day matches in Vadodara in a week long cricket bonanza for the fans.

Both the teams arrived in the city on Friday and on Saturday reached at the venue for their practice session. Australian team reached the venue in the morning and aggressively practiced ahead of their match.

However the Indian team arrived at Reliance stadium in the afternoon head by the captain Mithali Raj. The players were seen practicing hard at the pitch and listening to the advice of their coach Tushar Arothe before the all important match against the strong Australian side.