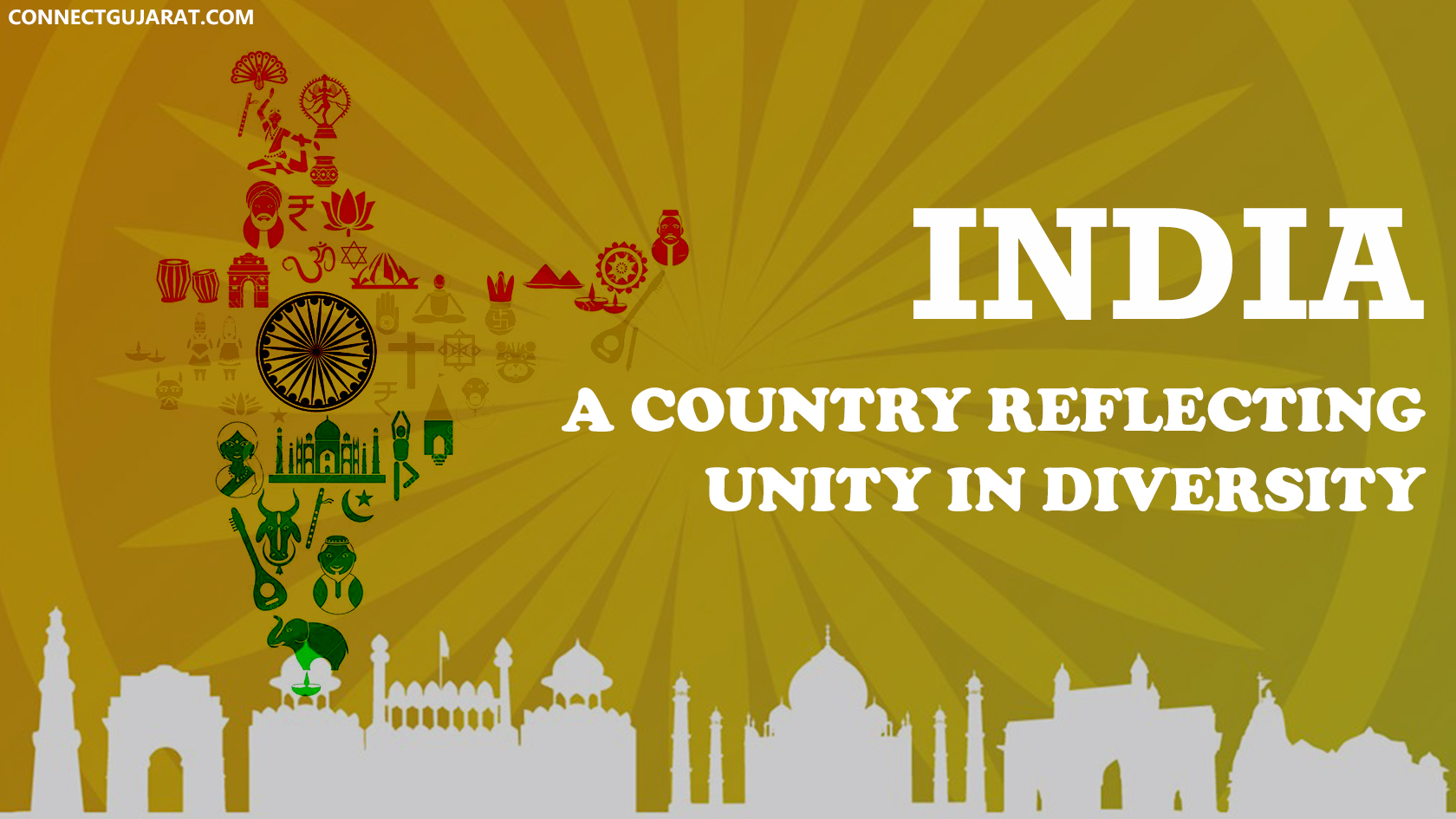 India, one of the oldest civilizations in the world with people of different races, creed, religion,and caste reside together in harmony. We live in a world where there were so many kingdoms that fell to ashes due to the differences in opinion that existed among the masses. It is such an astonishing fact that the country has managed to stand still in spite of all the ills that it has faced because of the culmination of different kinds of people in a single stretch of land.

What makes the people stand united in spite of all the differences?

The following can be stated as some of the reasons why India reflects the notion of Unity in Diversity.

There are certain qualities in people that get inherited from their forefathers,and every human is very humane,and that differentiates him from the animals. The concept of living in groups, raising a family that led to qualities of forgiveness, unselfishness, gratefulness, interdependency is what makes the country stay intact despite the diverse nature of the country.

The famous saying goes, "AtithiDevoBhava"; translates into Guest is equivalent to God. The native people of the country have always welcomed the outsiders with open arms. This led to the proliferation of different styles of living and that in turn added to the diversity of the nation. The entire country is filled with different forms of the same notion that Humanity is above all; the monuments and other cultural heritage structure depicting the very same has always embedded good thoughts in people's mind.

The various races who had migrated to India have contributed to the growth and development of the country. In case, the country hadn't been very warm; it couldn't have been the home to some of the best industries in the world, some of the wonders of the world,etc., they say Good Fence makes good neighbors. Indians have always learned to live peacefully with each other by respecting each other. This has only led to helping one another during times of natural disasters and calamities. The people being serving others who are in distress during times of mishap, all owes to the fact that the cultural heritage that fostered humanity.

These factors can be stated as the reason why India is revered throughout the world and Indians are recognized in the global forum.