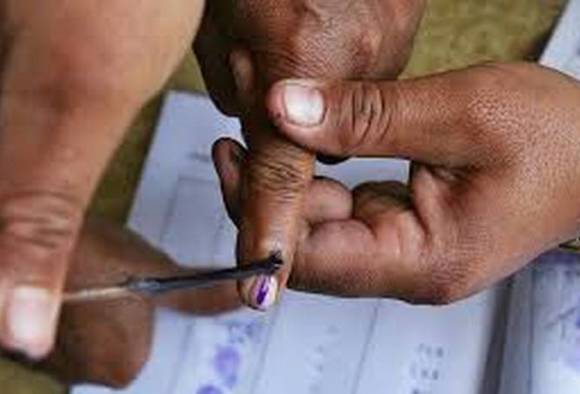 The government will use indelible ink like during elections to prevent people from making more than the permissible number of times cash withdrawal from bank counters, it was announced on Tuesday.

Economic Affairs Secretary Shaktikanta Das told the media that Prime Minister Narendra Modi held a second review meeting on demonetisation with officials of the Finance Ministry and the Reserve Bank of India (RBI) to ascertain why there continued to be such long queues at banks.

"It was found that in many places same set of people are visiting to get cash. They are going from one branch to another branch. As a result, the benefit of withdrawal was getting restricted to a few people," Das said.

"To prevent this, indelible ink marks will be used, like in elections, at the cash counters," he said, adding unscrupulous elements were trying to convert their black money into white by going to different banks branches several times over in a day.

"Operating instructions will be issued to banks on how to use indelible ink. From today, this process will start in all major cities."

At the moment, the daily withdrawal limit from ATMs is Rs 2,500, and exchange of old notes from bank counters is Rs 4,500. This apart, the upper limit for weekly withdrawal from bank accounts stands at Rs 24,000.