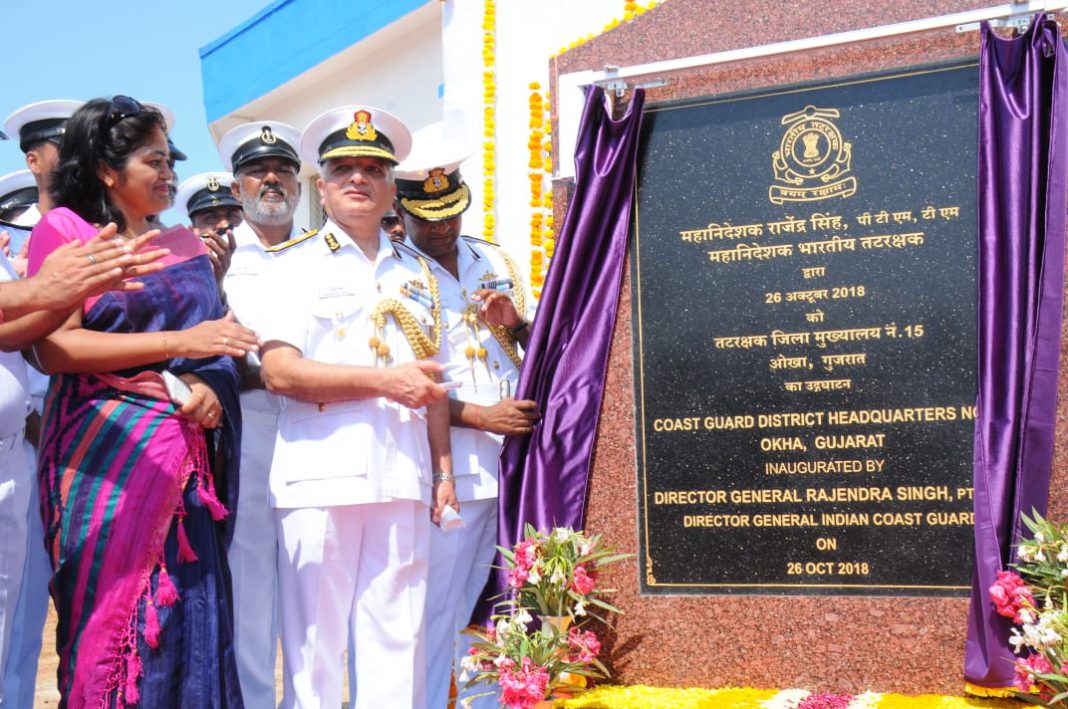 Rajendra Singh, PTM TM  Director General Indian Coast Guard inaugurated District Headquarter No.15 at Okha. In addition to Porbandar, Okha will now be administered by a District Commander under the Coast Guard Region (North West), Gandhinagar. This location is considered to be a key operational field post, under whose ambit shall be the monitoring of CG stations within Gulf of Kutch.

The state of Gujarat has been strategically sensitive and is the home for various seaborne action packed operations. Coast Guard District Headquarters at Okha will augment the surveillance and Coast Guard presence in and around Gulf of Kutch that has access to the notional International Maritime Boundary Line (IMBL).

The establishment of District headquarter will bolster the surveillance, coastal patrol, anti smuggling operations, protection of fishermen apart from the routine search and rescue operations.

Speaking on the occasion, DG ICG lauded the efforts of the Coast Guard in ensuring fool proof coastal security while adding that the dynamic security scenario in the maritime domain dictates the need for a constant vigil in the Gulf of Kutch region to curb threats emanating from the sea.

Deputy Inspector General Mukesh Kumar Sharma, TM has been appointed as the District Commander to take on this task. His past orientation with the terrain and exposure as a trained communicator is expected to bring out professional growth at both operational as well as infrastructural front.   This initiation of Coast Guard District Headquarter will enhance the Indian Coast Guard’s operational and administrative capability in discharging various multifarious maritime tasks.