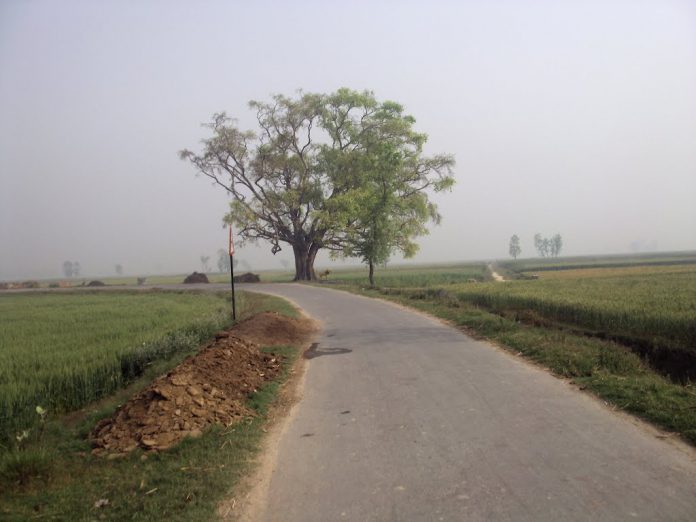 They complain that nothing has changed even as they have time and again reposed their faith in their representatives they have chosen in election after election.

In the absence of good road connectivity, they complain they can’t bring their agricultural produce to the bigger markets on time or send their children to schools to other towns for higher education.

“There is no road between Khudaganj and Tilhar. We have to go through this potholed, pebbled roads every day,” Malti Devi, 62, told IANS.

Seated in a shared auto-rickshaw on a three-hour bumpy ride, Malti Devi said she wanted to buy medicines for her pregnant daughter-in-law from Tilhar, about 25 km away from her village.

This road, she said, has been like this forever.

“It takes me around three hours to reach Tilhar in an autorickshaw. And if there is a medical emergency in the village, carrying a patient to the Tilhar hospital is challenging.

“And during rainy season, one cannot even walk on the road.”

The backwardness of the area is striking although Tilhar is located on the Delhi-Shahjahanpur highway and has rail connectivity too.

Shakeel Khan, a resident of Khudaganj, said the problem was no better in about 90 nearby villages in the region. “I don’t remember when this road was last repaired.”

Khan alleged that the outgoing legislator, Raushan Lal Verma of the Bahujan Samaj Party (BSP), who has now joined the Bharatiya Janata Party (BJP), had always neglected their problems.

Verma has been their representative for the last 10 years.

Imran Khan, the muncipal body chairman in Tilhar, said the legislator “hasn’t done any work in the last 10 years”.

Khan said caste equations played a more important role in the execution of work by the MLA.

“If we complain about lack of development, he would curtly tell us: ‘Go to that person you voted for.’ He knows who voted for him and who didn’t.”

Sumit Kumar Singh, another co-passenger in the auto-rickshaw, said Verma would question visitors whom they voted for in the previous election.

Ironically, the issue of better roads don’t seem to find mention in the high voltage electioneering in the constituency, where the main contest appears to be between the two-time MP and Congress leader Jitin Prasada and BJP’s Verma.

The BSP is also in the race but is running, by popular account, at the third spot. Tilhar votes on Wednesday.