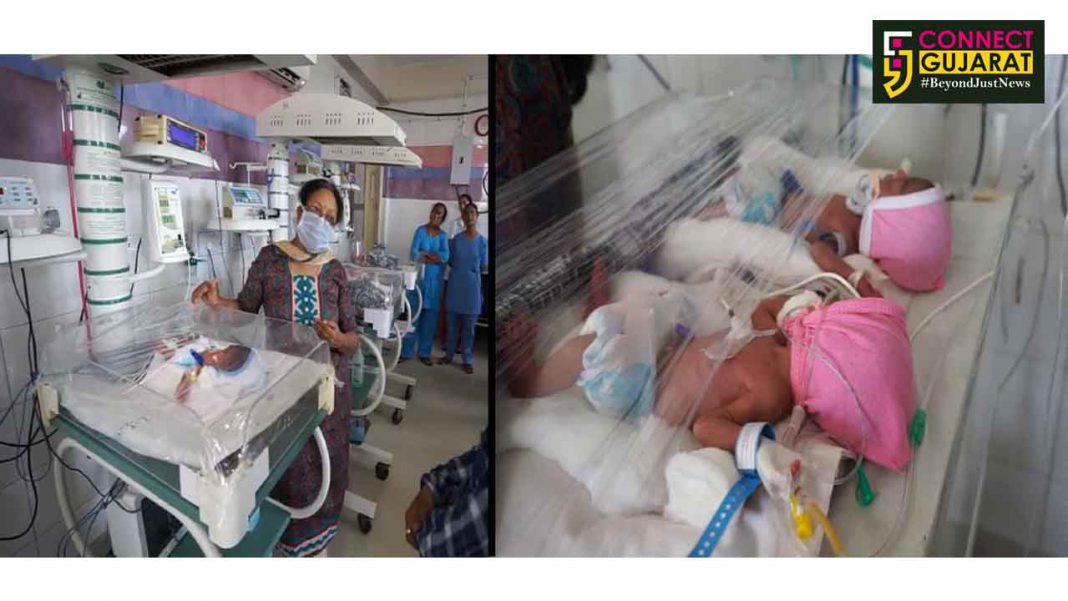 Babies premature under observation of the doctors

In a rare case of pregnancy a 23 year old woman from Vadodara gave birth to quadruplets (four children) in SSG hospital. The babies are premature and under observation of the doctors.

Ruksarbanu from Wadi Moti Vahorvad complained of stomach pain on Sunday and was taken to Rukmani Chainani hospital inside SSG. With the help of the doctors she gave birth to four babies in 55 minutes. The first child a girl born at 1 am followed by three sons in next 55 minutes. The babies are premature as the woman gave birth to them in eight months of pregnancy.

Dr. Sheela Aiyer professor from Paediatric department said the weight of the girl is 1 kg, two boys equally weigh 1.2kg and the fourth one weigh around 1.1kg. The mother health is good after the delivery and the premature babies are kept inside NICU. Such case happens once in five lakh females and this is the first case in last five years in the hospital history.