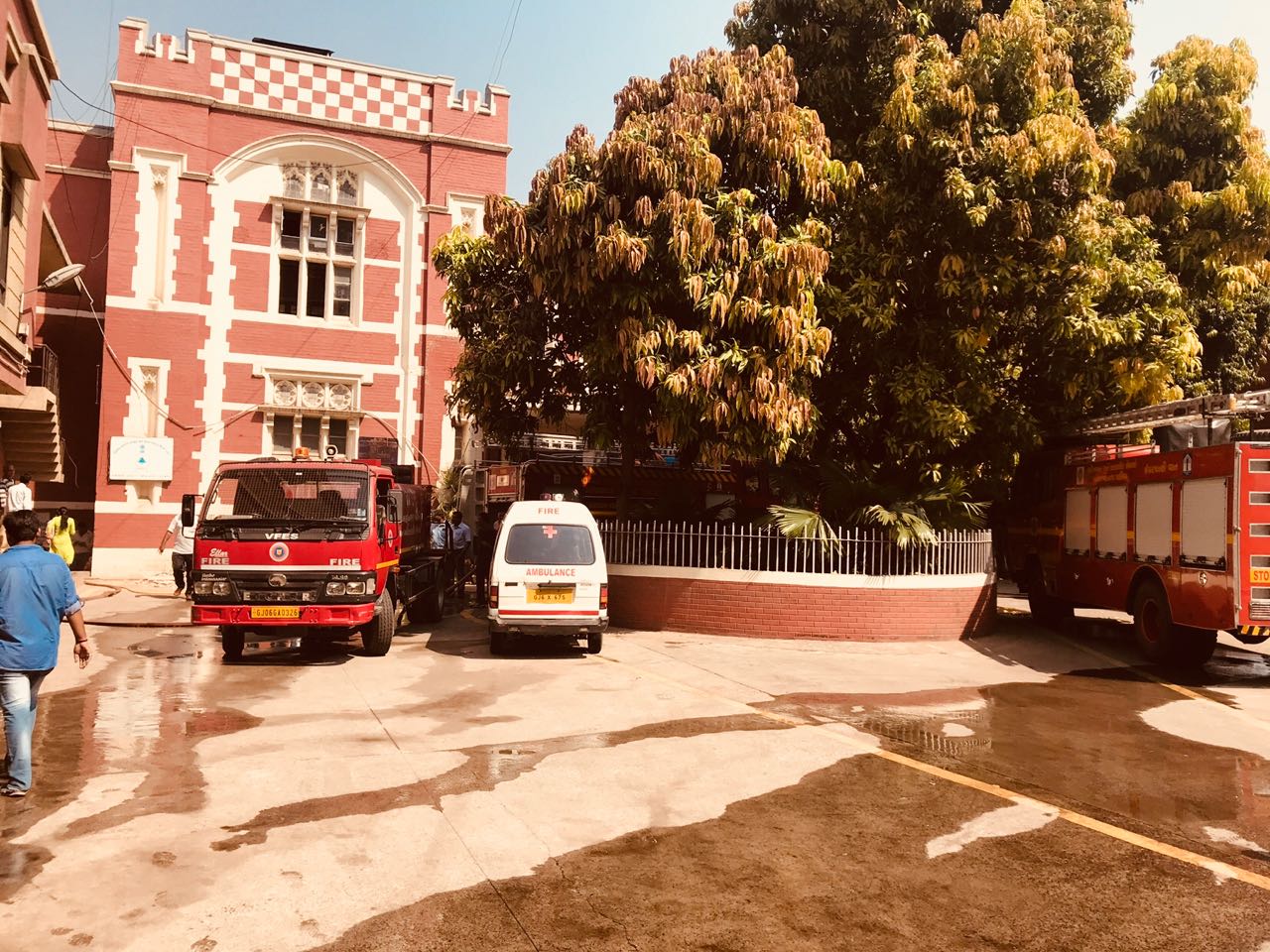 Important documents were engulfed after a fire was reported inside the record department of the collector office on Tuesday morning. Fire brigade pressed 6 fire engine and 28 firefighters at the site and control the fire in 45 to 50 minutes operation. However no injuries were reported in the fire.

As per the details the Vadodara Fire Department received a call about the fire inside the record department of the collector office spread in 1000 square feet area. They reached the spot and first identify the place and then with the help of equipments control the fire.

"There was some heating in the wire at night which was noticed only by the employees in the morning. They search the place as the place was full of smoke and immediately informed us. We reached the spot and first identify the place where the fire took place. We use Positive Pressure Ventilator to exhaust the smoke and also use the Water Mist technology to stop further damage the important documents. We control the fire in 45 to 50 minutes with no injuries reported," said Om Jadeja fore officer.

He further added that three months ago fire was reported in the same building which shows the need of fire safety mechanism here. They will soon inspect the whole building and work on fire safety to avoid such incidents happen again.