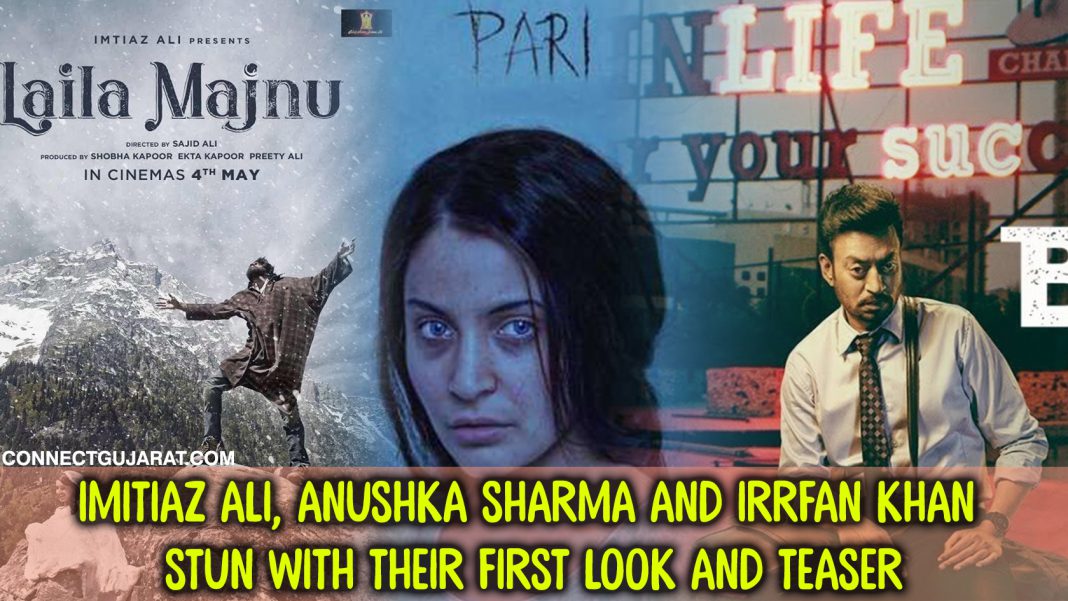 The Bollywood Industry is stunning its audience with the release of the unexpected, quirky and scary motion posters, posters and teasers that would entice the audience to book a seat immediately at their favorite screens in their city.

Thisis directed by Sajid, Imitiaz’s brother and is produced by Ekta Kapoor. The Balaji Pictures of Ekta Kapoor has been behind some of the best films that were out of late. This movie has an entirely new star cast. Imitiaz is known for his new age love stories,and his star cast never fails to impress the audience. This is a film that is on the cards of all the lovebirds.

Irrfan Khan has teamed up with the director of Delhi Belly, AbhinayDeo

The movie that gained a new set of audience for its rib-tickling dark comedy.Irrfan Khan is already known for his effortless acting who could get into the shoes of the character and entertain theaudience with his one-liners and effervescent dialogue delivery. The teaser of the film that was released recently gained a lot of positive comments from the audience and critics as well.

Anushka Sharma who is seen to be the star of this much awaited mysterious horror flick has produced this movie as well. This is the third movie under her production house, Clean Slate Films. The film has a background of a story that has happened in West Bengal,and the movie stars some of the best Bengali Actors apart from Anushka. The cinematography and the Background Score of the movie seem on par with that of Hollywood flicks. The movie is all set for a Holi release, on March 2. Anushka is here for some horror in the times of festival of colors.

Thus, these are some of the announcements from the film stars of the Bollywood fraternity whose works are eagerly looked forward to. The venture of the industry into not so conventional type of films is a move that is to be appreciated,and the audience can show some love, support,and encouragement from their side to these film stars by watching these work of hard work and effort at theatres. This action from the audience would serve as a boost to the film makers who are experts in thecontemporary style of film making.