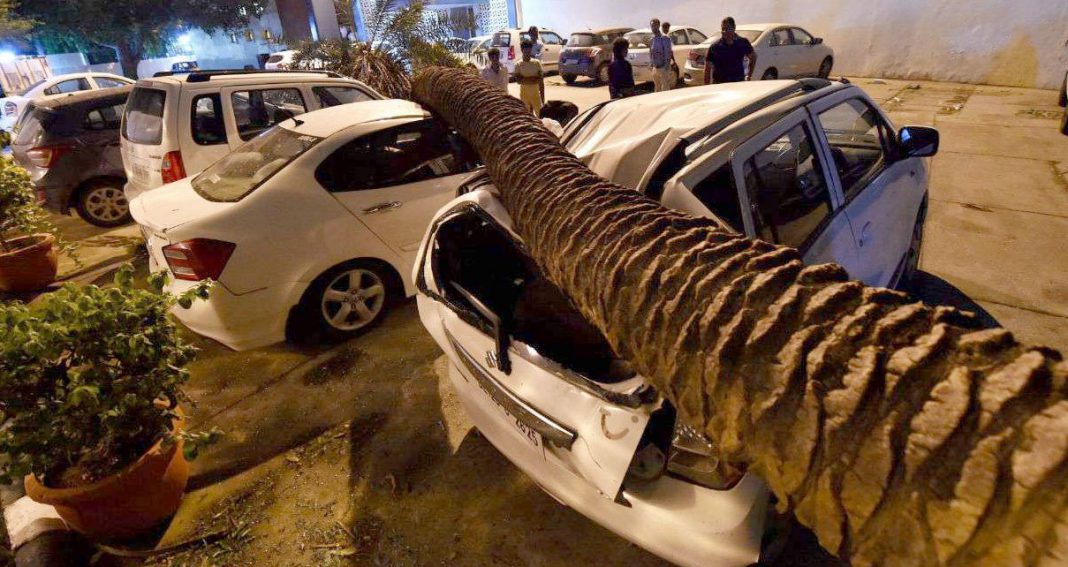 Indian Meteorological Department issued warning of similar weather in next 72 hours across large parts of North India including Delhi. The warning was issued after a dust storm hit the national capital on Wednesday.

Same predictions is there for Thursday at places over Punjab, Haryana, Chandigarh, Delhi and Uttar Pradesh. Police said that an 18-year-old man was killed and 13 people injured in the dust storm that hit the city in the early hours on Wednesday.  The Police Control Room (PCR) received 78 calls during the storm that started around 3 am.

Police said they have received 59 calls of fallen trees, five calls about fallen electricity poles and 11 calls about hoardings/wall collapse. In addition four calls received were about damages to cars in the dust storm. Fourteen vehicles which includes 13 cars and a motorcycle — were damaged the police said.

As many as 80 people were killed in five states due to thunderstorms and lightning strikes since 13 May, with the northern state of Uttar Pradesh alone recording 51 deaths, the Home Ministry said on Monday. Meanwhile, the temperature in the morning was recorded at 25 degrees Celsius and generally cloudy sky with light rain or drizzle is expected, a MeT official said.