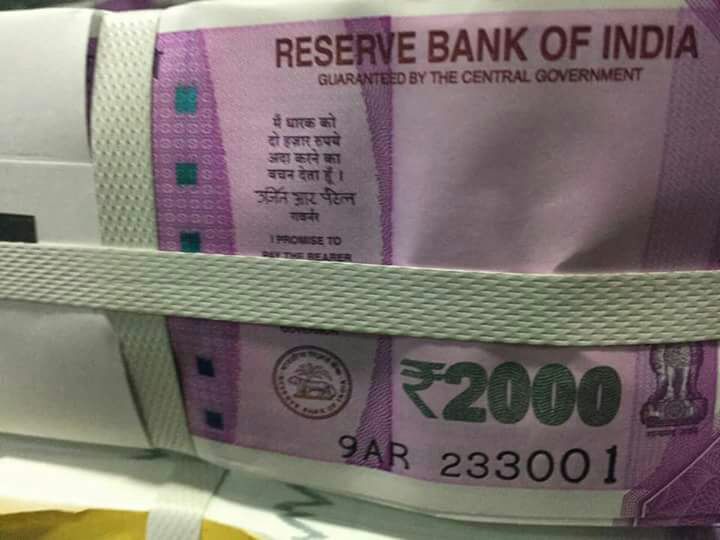 While media reports had said that such a note would be introduced, no official confirmation has been received yet.

Images of the supposed Rs 2,000 denomination bank notes have been circulating on Social Media. The images follow some media reports that such a currency note might soon be introduced. Connect Gujarat could not independently verify if the images circulating on the micro-blogging site were authentic.

On October 21, Hindu Businessline article had reported that notes of the denomination would be in circulation soon. The report had added that the Reserve Bank of India (RBI) had till that date nearly completed all the necessary preparations for introducing the new currency note. The notes, the report said, had already been printed were being dispatched from the currency printing press in Mysuru.

However, the financial daily had added that there had been no official word from either the RBI or the government on the introduction of the new denomination note.