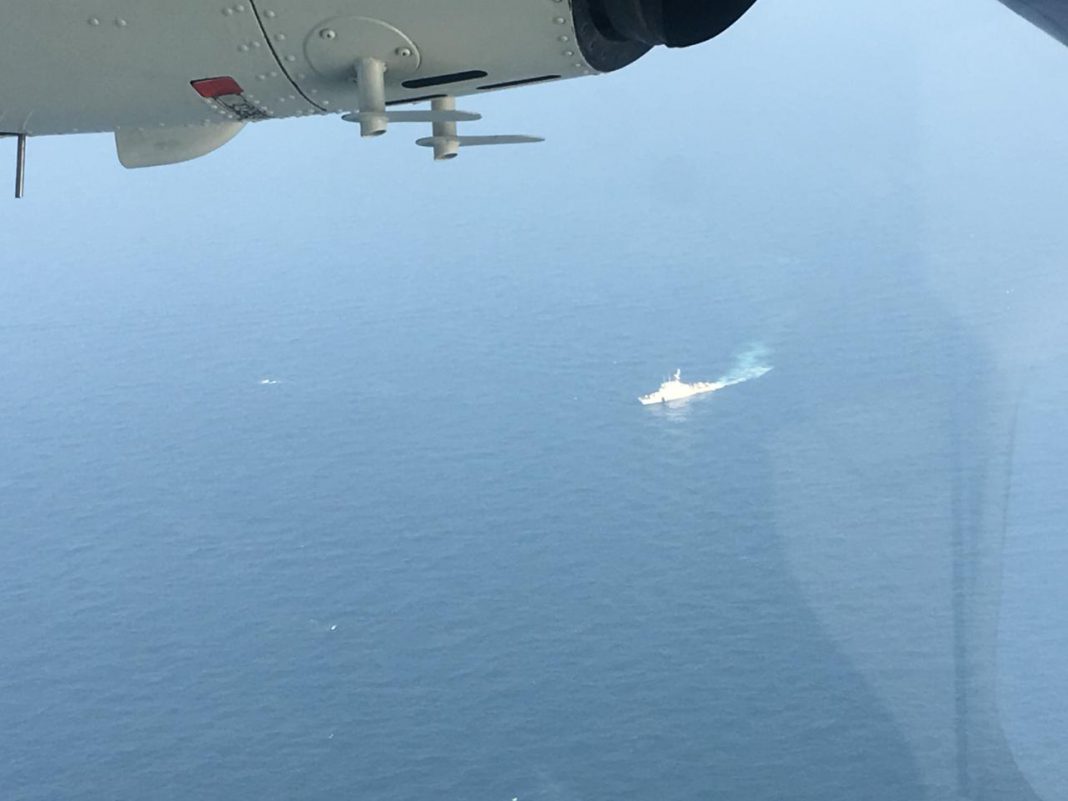 Indian Coast Guard Ship Rajratan and Dornier rescue six persons after their boat sunk inside the sea. While on area patrol the ICGS received a message from Indian Fishing Boat Bajrang Bali that Indian Fishing Boat Sudama Puri with 06 Crew has sunk near Notional IMBL.

Based on the information the ICGS Rajratan and the Dornier were directed to carry out sea-air coordinated search at reported position of sinking. The Dornier aircraft sighted 06 persons floating in water about 06 Nm away from the reported position and same was relayed to ship.

After the sight the ICGS Rajratan rushed to the spot and rescued 06 survivors using ship’s lifesaving boat. The condition of the crews was stable and they were given necessary first aid.

The rescued crew informed that a Pakistani Marine Safety Agency ship Pennant No 1051 rammed into their boat which resulted in capsizing of their boat which had 07 crews on board. 06 crews of IFB were rescued while 01 crew was untraceable and still missing.