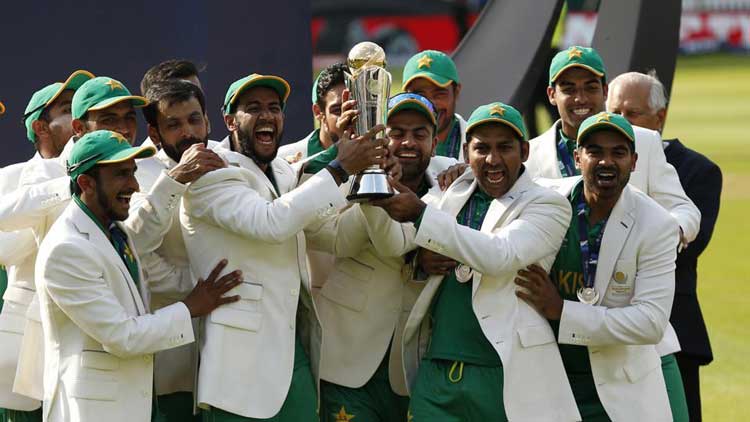 Pakistan may not get a chance to defend their Champions Trophy title with the International Cricket Council (ICC) debating the prospect of replacing the tournament with two expanded World Twenty20 events over a four-year cycle.

The next edition of the Champions Trophy if it does take place is scheduled to be held in India in 2021. But the increasing popularity of the shortest format of the game has thrown its future into doubt.

“It’s always been quite difficult to distinguish or differentiate between the two 50-over global events. With the World Cup becoming a ten-team event, it’s almost like the World Cup is becoming more like the Champions Trophy, which I think is a good thing,” ICC CEO David Richardson was quoted as saying by Espncricinfo on Wednesday.

“I think it (World Cup) will still be a longer event. The World Cup format will allow the best chance for the best four teams to get into the semi-finals. So it takes away the risk of maybe a rain-affected game or one poor game having a huge impact on the tournament like it can be in this tournament (Champions Trophy). But still, highly competitive matches hopefully,” he added.

“And then, whether the Champions Trophy in 2021 stays a Champions Trophy, or we move to two World T20s that still needs to be discussed and settled. It’s a possibility, yes. I wouldn’t say it is categorically going to happen because, as we’ve seen, the Champions Trophy on its own is a very good event and very well-supported, particularly in the UK, where you get support for all teams. So let’s not be too hasty in writing it off, but to be honest and frank, there is consideration for moving towards two World T20s in a four-year cycle.”

The decision to restrict the 50-over World Cup to 10 teams has been criticised by players hailing from associate nations and Richardson felt holding two World T20 events over a four-year cycle will help the ICC to placate some of the dissenters.

“Having two World T20s in a four-year cycle gives us an opportunity to globalise the game to a great extent, open the tournament to more teams 16 or maybe even in a longer term to 20 teams,” Richardson said.

“It’s easier to be competitive in that format, and thus easier to accommodate more teams.”

Richardson, however, asserted that the ICC is happy with the response the 2017 Champions Trophy drew from the fans.

“Overall, very satisfied with the Champions Trophy (2017). Across all aspects of the event, really, from the enthusiasm of the volunteers — cricketers, as they were called to the broadcaster viewership, the digital content that we put out, umpiring, player behaviour, pitches… everything went well,” he said.

“The cricket has been great. It shows that if you’ve got context and competitive teams, you will have a great event.”