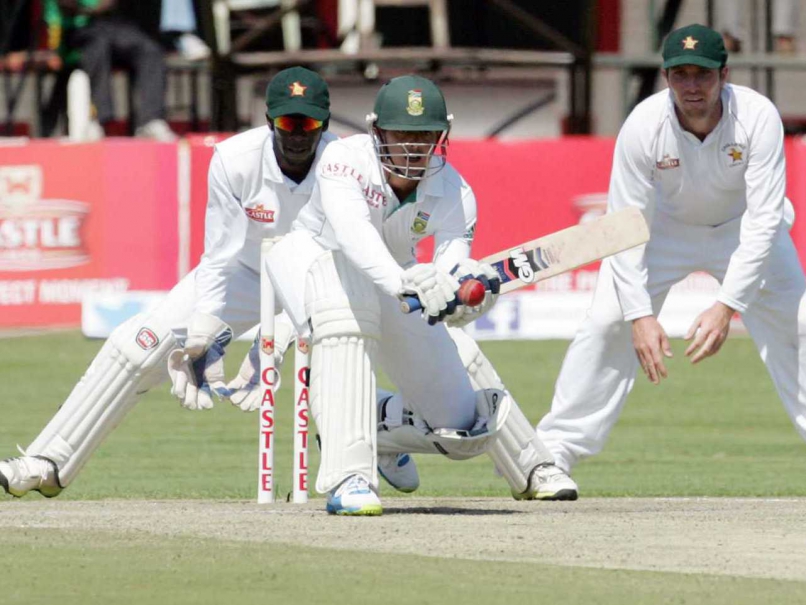 The International Cricket Council (ICC) has given the green light to a test championship and one-day international league, while countries are also welcome to experiment with four-day tests, the world governing body said on Friday.

A test championship has long been mooted as a means to make the longest form of the game more relevant for fans who have increasingly turned towards limited-overs matches.

ICC Chief Executive Dave Richardson told reporters in Auckland on Friday that while details still needed to be worked out, the test championship would commence after the 50-overs World Cup in 2019 and culminate with a final in mid-2021.

Nine of the 12 test-approved countries -- Zimbabwe, Afghanistan and Ireland will initially be excluded -- will play three home and three away series over the two years that count towards the championship.

The series can be a minimum of two matches and maximum of five, with all tests to be five days in length. The top-two teams in April 2021 will meet in the final two months later.

Richardson also said countries were welcome to experiment with four-day test matches but that they would not count towards the championship.

South Africa will play Zimbabwe in cricket's first four-day test on December 26 -- Boxing Day -- and Richardson said that while the concept was still in the trial phase, it should help Afghanistan and Ireland, who were granted test status in June, get up to speed faster.

"Throughout the discussions about the future of test cricket it became clear that whilst context is crucial we must also consider alternatives and trial initiatives that may support the future viability of test cricket," Richardson said.

"The trial is exactly that, a trial, just in the same way day-night tests and technology have been trialled," he added.

Last week, an ICC committee chaired by former Indian cricket great Anil Kumble deliberated over the playing conditions for 4-day test matches and presented their final proposal to the Chief Executives’ Committee (CEC) for final approval at the ICC's board meeting in New Zealand.

A Zimbabwe cricket official had said that among other things, some of the important factors discussed were the number of overs to be bowled in a day, and whether or not bowlers would be exhausted if 100 overs a day, instead of the current 90 overs, was approved.

“Practically, it will be a 400-overs game (then) as against the present 450-overs a Test and the captains will have to decide its strategy and timings of the declaration (if any) in this frame,” the official said.

He reportedly added that one of the main reasons Zimbabwe decided to agree to play a 4-day test match was because it is a weak team and did not want to be embarrassed if the match against South Africa ended in 4 days.

However, the proposal for 4-day tests has not been received enthusiastically by players on the circuit. Numerous cricketers from across the globe, both past and present, spoke out against shortening the duration of a test match, insisting that the 5-day game was the better version.

"Four-day tests will also provide the new test-playing countries with more opportunities to play the longer version of the game against more experienced opponents, which, in turn, will help them to hone their skills and close the gap with the top nine ranked teams," Richardson said.