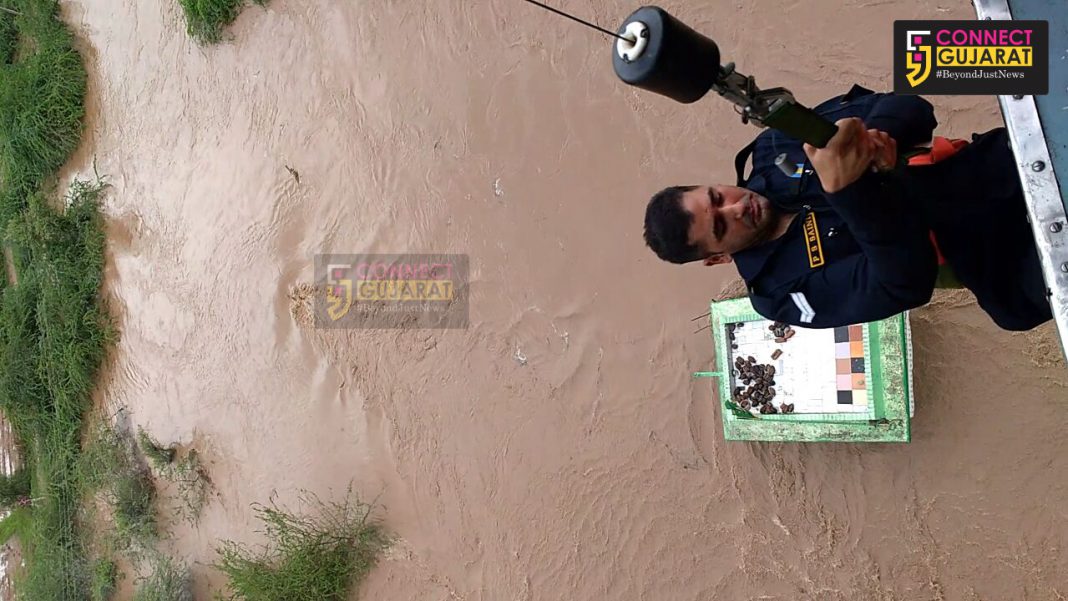 Responding to an early morning request by civil administration to rescue people fighting for life amidst flood waters, 01 MI-17V5 helicopter of the Indian Air Force took to the skies braving the extremely challenging weather conditions prevailing in the area. 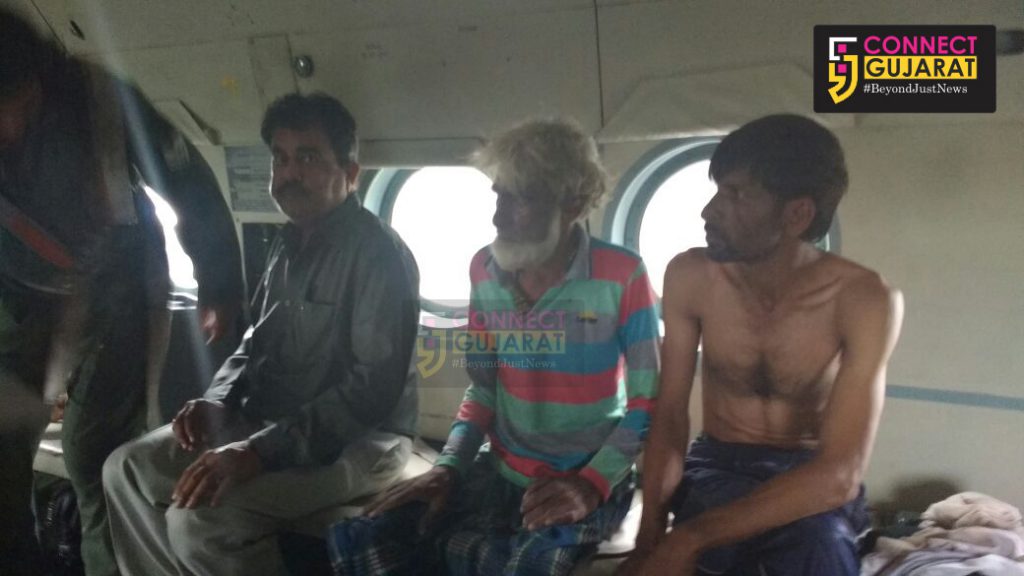 The helicopter was assigned the task of airlifting stranded people from 03 different villages in Limbdi, Sayla and Chotila Talukas of Surendranagar district of Gujarat whilst the NDRF personnel continued the rescue effort on ground.

Fortunately, the rescue teams were able to extricate most people out of danger before the Helicopter arrived.

One person, however, stuck alone in a Dargaah in Untadi village in Limbdi Taluka was inaccessible for rescue teams on ground. 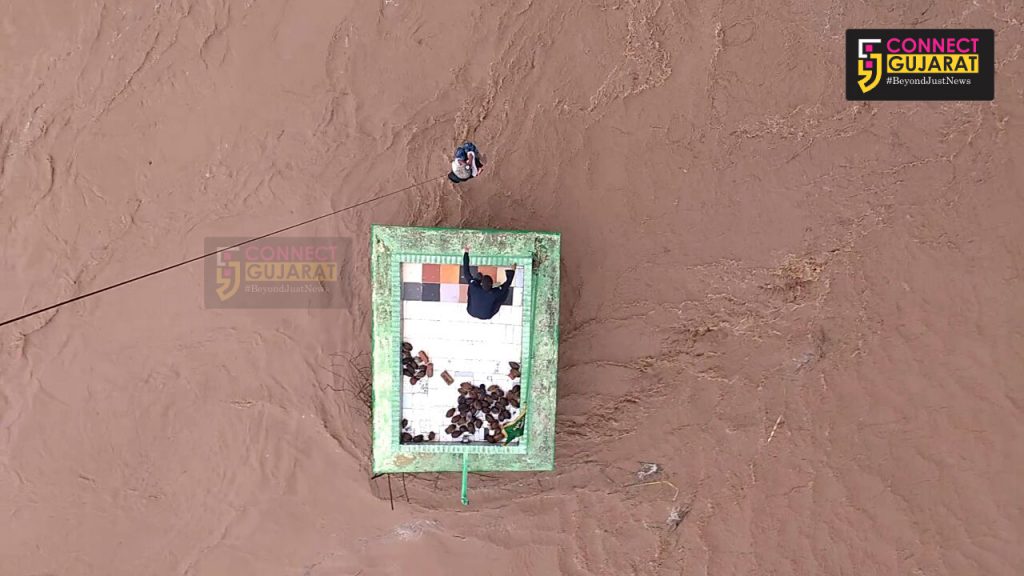 In a well coordinated operation, the IAF helicopter was guided to the spot and the person winched to safety in the nick of time in a meticulously executed operation.

The helicopter later returned to Ahmedabad airfield after an aerial recce of the area looking for people in need of aerial rescue. The IAF is maintaining suitably modified aircraft in a state of readiness to respond to any requisition for rescue by the state administration.