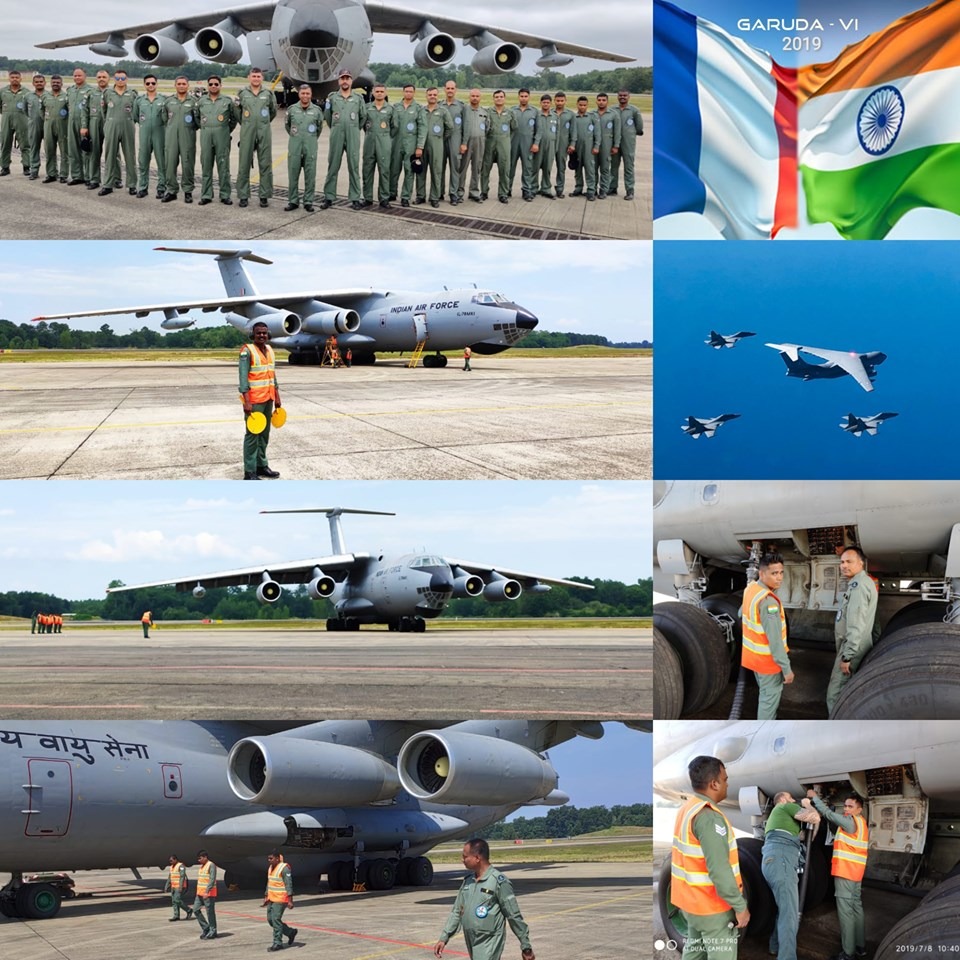 Ex Garuda 2019, a bilateral Indo-French large force employment warfare exercise hosted by French Air Force (FAF) from 01 to 12 Jul 19 at Mont-de-Marsan France, was successfully completed with the IAF contingent landing back in India. Garuda-VI was the largest international air training exercise for the year 2019.

The IAF contingent consisted of 134 air-warriors took part in the warfare exercise. The participating aircraft included four Su-30 MKI fighters besides one IL-78 and two C-17 aircraft that provided logistic support during induction and de-induction. The contingent departed for the exercise from India on 25 Jun 19 with an objective of operating in the International environment at Mont-de-Marsan, France.

The aim for the exercise were to foster closer relationship between India and France and to promote interoperability through exchange of knowledge and experience. The exercise ensured that the participating forces were exposed to operational environment in an international scenario.

Garuda VI was planned in two phases where both IAF and FAF flew missions involving Large Force Engagement (LFE) air combat exercises in near realistic environment and exchanged best practices towards enhancing our operational capability. IAF undertook operations both by day and night. During the exercise, IAF maintenance crew ensured 100% serviceability of all assets, thus ensuring that all missions were flown on all days as planned.

Air Marshal RKS Bhadauria, Vice Chief of Air Staff visited the IAF contingent during the exercise and also flew in the final mission. Vinay Mohan Kwatra, Ambassador of India to France and General Philippe Lavigne, Chief of Staff of the French Air Force and Air Marshal RKS Bhadauria interacted with GARUDA participants during the closing ceremony of Exercise Garuda-VI. IAF appreciated FAF for the professional conduct of the exercise and overall excellent support provided.

Participation in an International air exercise assumes importance in view of the continued engagement of the IAF with friendly foreign countries. Over the last decade, IAF has been actively participating in operational exercises hosted by various countries, wherein collaborative engagements have been undertaken with the best air forces in the world. It was a unique, fascinating and timeless learning at the exercise for the IAF contingent. The exercise will assist IAF in adding more teeth to its overall war waging capabilities and assist in better joint man ship with the friendly forces.