Home > Events > I will be happy when BJP will win in every polling booth in Gujarat ; Modi
Events

I will be happy when BJP will win in every polling booth in Gujarat ; Modi 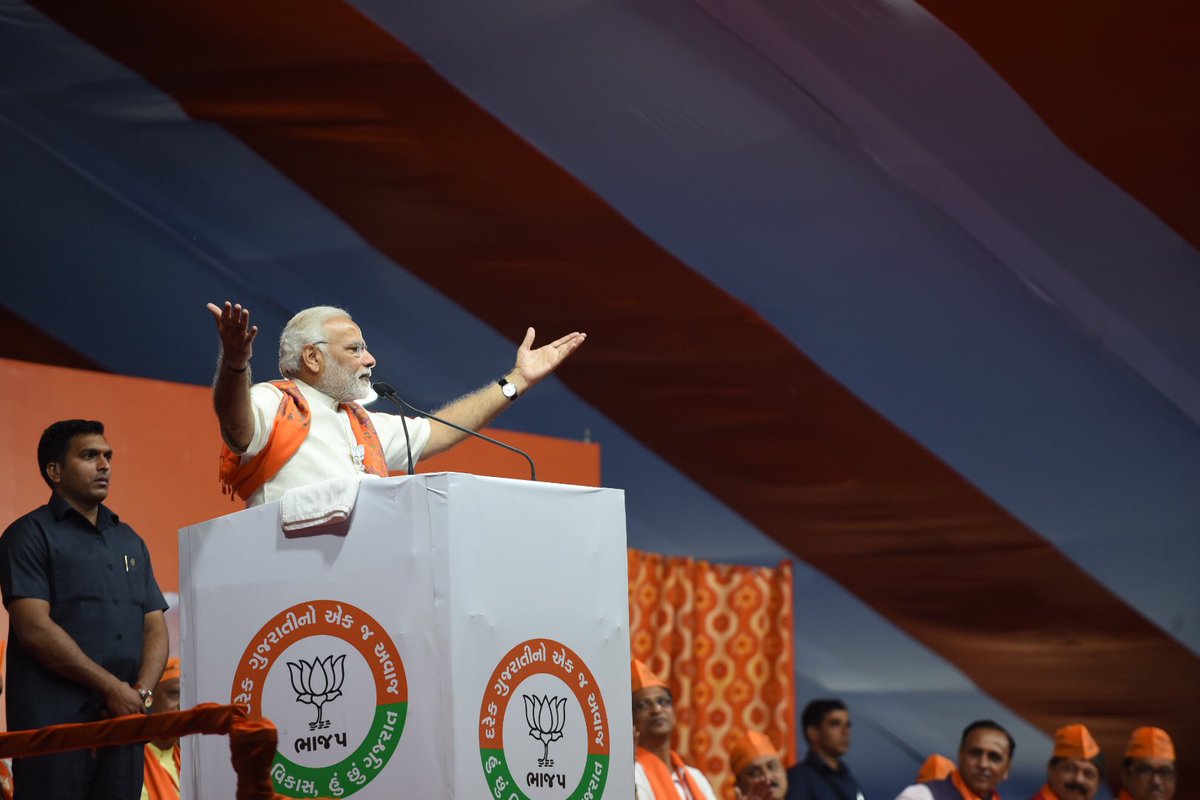 PM Narendra Modi felt nostalgic after visiting Vadodara and remembered the good old days he spent there. He attacked the Congress for mislead the people and requested the people to decide if they want development or destruction. 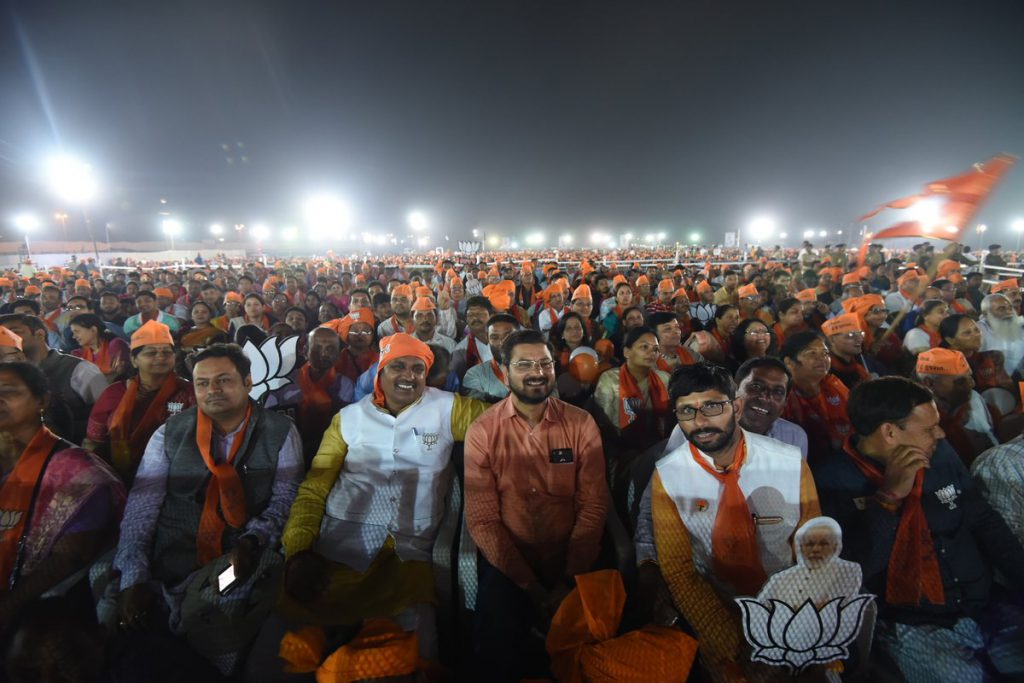 With a husky voice (soar throat) the PM started his speech at the Navlakhi ground and talked about the development in Gujarat. He said Vadodara helped him to win from here with a historic margin and then allow to go to UP and there also they start the Gujarat model of development.

Attacking the UPA government for failed to give a reply to the terrorists when they attacked the Amarnath pilgrims from Gujarat. He said when he came to power the terrorists once again attacked the bus this year and killed the innocent people of Gujarat. But he make sure to identity them and the Modi government killed all of them. First time BJP is partner with J&K government and they are firm on their decision to fish out terrorists from the region and they are doing it. 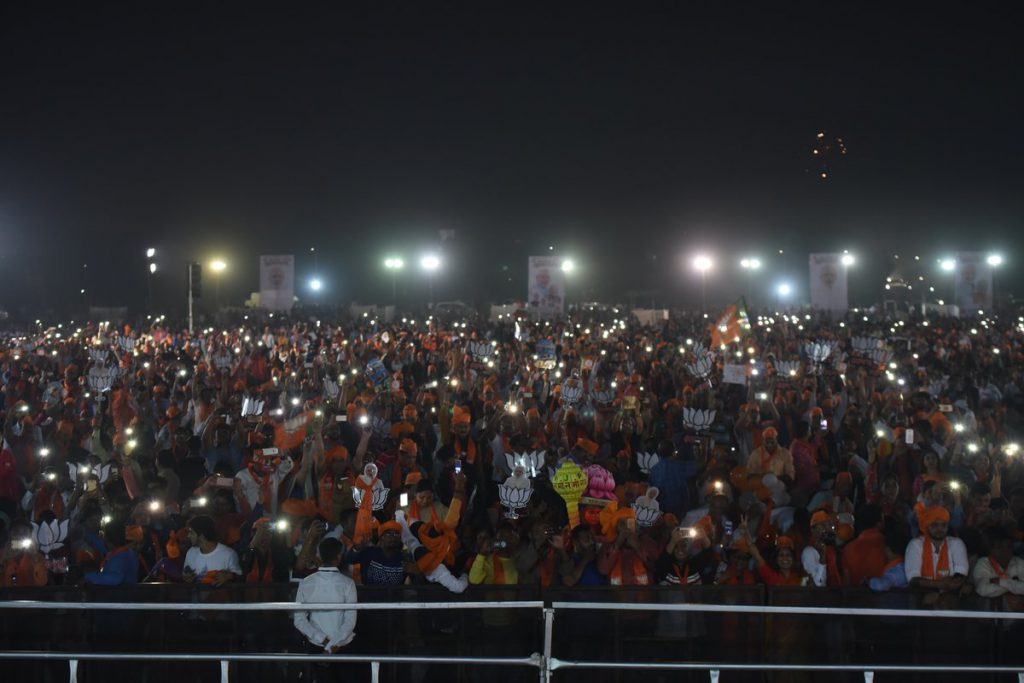 Speaking about demonetisation he said the people suffered but the outcome of such a bold step is good. He said 4000 crore black money came from 5000 companies after the step. Two and half lakh companies were locked and some of them having 2000 accounts per company. He said he here to fight corruption and the opposition is attacking on him.

Once again taking the Congress party for accusing him for benefiting the four industrialists in Gujarat he said the bus terminal in Vadodara, Ujjwala scheme and toilets are for poor not for the Ambanis, Tata, Birla or Ambani. All these things are for the common and poor and none of the industrialists are using it so how can they question this.

He said the development is answer to everything and he is overwhelmed after the people of Vadodara welcomed him with their mobile flash lights. He took promise from the people to take the responsibility to vote for BJP and fulfill his dream to throw out Congress from Gujarat.

Earlier CM Vijay Rupani and all the candidates of Vadodara city and district remain present there and attacked the Congress and request the people to vote for BJP and development.