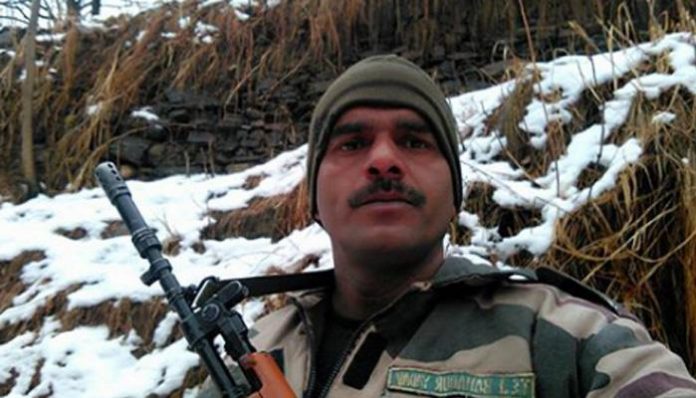 The wife of BSF trooper Tej Bahadur Yadav told the Delhi High Court on Wednesday that she had met her husband and was convinced that he was safe.

Yadav, whose social media video clip on “substandard food” triggered an uproar, got to meet his wife at the battalion Jammu and Kashmir’s Samba area where he was posted, she told the court.

A division bench of Justice G.S. Sistani and Justice Vinod Goel subsequently disposed off Sharmila Devi’s habeas corpus plea to find her “missing husband” as she had no information about his whereabouts.

Appearing for the Border Security Force, advocate Gaurang Kanth told the court that Yadav purchased a new mobile phone and there was “no restriction” on him from talking to his family.

The BSF had taken away Yadav’s personal mobile phone that he used by him to upload the videos and said it was part of the investigations.

After the High Court’s direction on February 10, the BSF allowed Yadav’s wife to meet him and also to stay overnight for two days.

Sharmila Devi filed a habeas corpus plea after she and other family members failed to contact the BSF trooper for three days. At that point she said that she last spoke to him on February 7, when he told her that he was being taken to an unknown location.

The BSF had told the court that Yadav was “not missing” and just transferred to another battalion and his wife’s apprehension was “baseless and unfounded”.

In January, Yadav posted a video clip on social media complaining about the quality of food served to BSF personnel and accused unnamed officers of illegally selling food supplies meant for troopers.

The family earlier alleged that the trooper was being “threatened and tortured mentally”.

After Yadav’s video went viral, the Prime Minister’s Office and the Home Ministry sought details on the incident from the BSF.

The trooper faces an inquiry on various charges, including indiscipline. His plea for voluntary retirement was also rejected by the authorities.