Top
Home > Lifestyle > Entertainment > I always worked with professionals who are not only talented good human beings but have respect for women &#8211; Maushmi Udeshi

I always worked with professionals who are not only talented good human beings but have respect for women &#8211; Maushmi Udeshi

She is bold, beautiful and talented actress wants to make her niche in the industry which always tests the actors coming from non filmi background. Super model Maushmi Udeshi is climbing the ladder of success slowly and steadily with strong characters she plays specially in the shorter version the short films. The actress chooses her […] 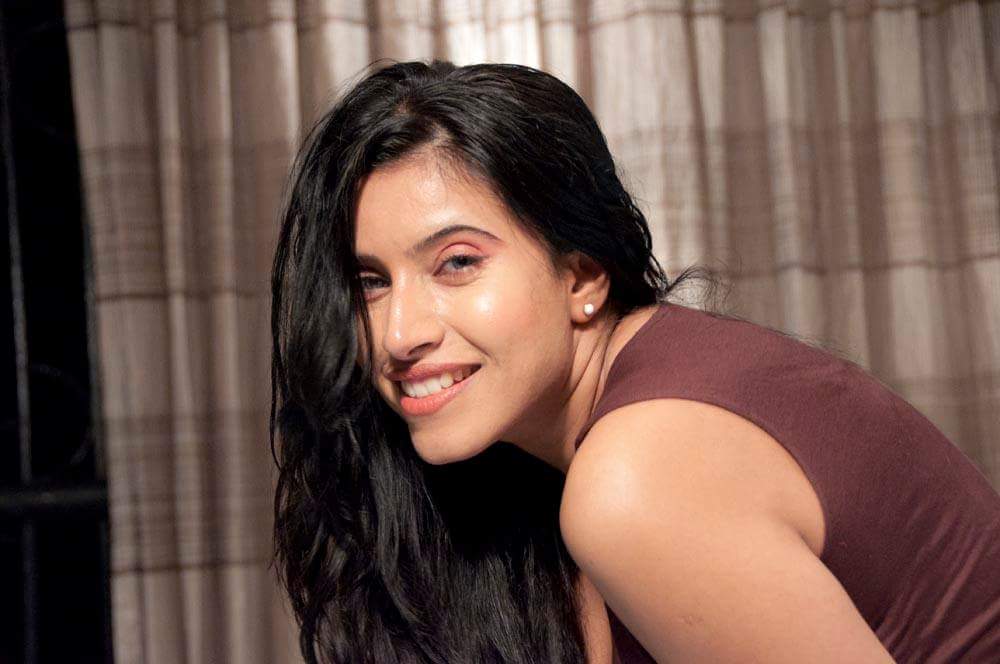 She is bold, beautiful and talented actress wants to make her niche in the industry which always tests the actors coming from non filmi background. Super model Maushmi Udeshi is climbing the ladder of success slowly and steadily with strong characters she plays specially in the shorter version the short films. The actress chooses her roles very carefully and managed to capture the audience with equally good performance on screen.

From her very first television ad for a reputed coffee brand to Nitin Bali’s Neele Neele Amber Maushmi Udeshi had managed to capture the imagination of the masses. Since then there is no looking back for her as she done numerous music videos, modelling assignments, films, serials and now short films the demand of present generation.

Out of the two new Short Films one named ‘Not Applicable’ has just released with great reviews. The film has a strong message on Women Empowerment. Its about the story of a female betrayed by her boyfriend after she gets pregnant & decides to keep her child & doesn’t agree to abort as she is independent & strong enough to take care of her child on her own.

Her next Short-Film to release will be ‘Her Compulsion’ which is in Horror Comedy Genre & where she will be seen in a very hot avtaar at the same time in a very simple just married house-wife role. This film is directed by ‘Bhavin Wadia’.

She said, “I am sure everyone will love this one too as its really hilarious because of the story itself and not because it has some funny double meaning jokes that are cracked like in any commercial hindi comedy film. My 1st Short Film ‘The Tight-Rope Walker’ was Officially Selected in Venice Film Festival in best 10 Films in short-film category. I am also on the Cover of Model Atude Magazine, March 2018”.

Maushmi is so positive about her goals in life and shared her views with a chit chat with us.

always worked with professionals who are not only talented good human beings but have respect f...
1 of 10

Ans. Short-Film Concepts are good, they are made in small budgets & r released much faster so the exposure of these in the media is faster & reach is huge & much more than feature films that release in theatres. Lakhs & Millions of viewers see it instantly online so that many Views these films have been getting so that’s proof enough that Online Digital Content is here to stay.. I take up all kinds of films as far as I like the Script, if i am the main female lead & if the money that they are paying is decent along with talented technicians. I don’t do free work at all & infact every actor should put their foot down on free work.. After demonetisation many small film makers & films stopped so they are all making digital content now as risk is less & everyone connected with it gets instant exposure.

Ans. My journey in this Industry has always been full of struggles as i have always worked on my own terms with dignity & i refuse to be part of the rat race. I have always worked with professionals who are not only talented but good human beings too, who have respect for women & have worked with me on the basis of my merit alone & so i was casted.

Ans. Modelling is my bread, butter & jam & all my expenses are taken care of by this profession. I love the moving camera much more than the still camera as i love emoting & i can be natural in front of it rather than posing & freezing at one place for the print shoots but since i have been modelling since so many years i have started enjoying that too quite a bit. Acting is my passion & i enjoy it much more than modelling whether it’s in Films, TV or Short-Films etc as i love getting into the skin of different characters. I feel acting is a great way to express myself in different ways which i cannot do in real life being Maushmi Udeshi.

Ans. Nowadays digital media is getting very popular & many actors & directors who were not getting the right breaks are getting good platform to showcase their talent coz budgets are small, duration of these films is less so it’s not difficult to get money to make such films & so every small & big Director & Producer is making Short Films & Web series plus i feel recognition is instant & these films are made quickly & released quickly.. Lakhs & Millions of viewers see it online so that many Views these films have been getting so that’s proof enough that Online Digital Content is here to stay.

Ans. Both.. A good human being will remain one & other good human beings will always remember that person with positive thoughts & i consider myself as one as i have never done bad to anybody.. & ofcourse as a good actress coz acting is my passion.

Ans. I am very practical & i am not ready to go abroad & start a new struggle altogether.. If anybody selects me on the basis of an Audition which i can do here in Mumbai, India in their lines that they send me as per the characterisation & i can send them a ready audition then i am ok to take that much initiative but nothing more.

Ans. I was always creative & my clothes were always appreciated amongst my friends since i was in school so when i am shooting for anything i like to design my own look as per my characterisation & send pic of each dress as per each scene no to to Director to choose.. Directors that i have worked with till date have always loved my clothes over their Designers so they finally prefer my clothes.. My Clothes fit me perfectly & they are part of me already & i have a huge collection so obviously they are best when i am in front of d camera as i am the most comfortable in them & they make me look my best.

Ans. Human being is never satisfied & wants more & more & thats life & same with me.. Especially when actor gets content then she will get stagnant & lose creativity so the hunger of doing more & more good work makes you work hard & give your best.. I feel this is just the beginning & i still feel like a newcomer & i am equally excited about my each & every shoot no matter how small or big it is. Otherwise i have bought a Flat of my own in a City like Mumbai so that in itself is commendable & i feel one of my small dream is full filled.

Ans. I want to work with all good Actors like anybody else.

Ans. Main Positive Lead roles. I am extremely versatile in my look & talent so i fit into any kind of look & character with ease so i want to do all kinds of different roles as far as they are main leads.